By Trevor Scott Milford and Ciara Bracken-Roche No:

To know more about social surveillance in SNSs, watch David Lyon’s talk at the TED Conference at Queen’s University:

Social surveillance invokes gendered cultural, media and socio-legal pressures regulating normative online gender performance. It informally governs online behaviour in a way that has real implications for areas of feminist critique, including online harassment, agency, identity, online self-expression, and media studies[9]. Early cyberfeminists imagined online spaces as equalizing gender relations and leveling economic disparity, but contrary to these expectations, online spaces often extend colonial, capitalist, male-dominated progress narratives that only permit a narrow performance of ‘girlhood’ online[10]. These narratives are also entrenched in media and policy discourses, which reflect several normative gendered identity narratives within which women are able to perform gender online in socially acceptable ways. These gendered identity narratives include stereotypes of women autonomously managing gendered online risk (such as invasions of privacy, reputation damage, or sexual harassment), portraying themselves as professional and ethically sensible, portraying themselves as family-oriented, or portraying themselves as popular. As our future work will explore, social surveillance in SNSs governs women’s performance of these identity narratives, where virtual citizens are held to the expectations of each through networks of peer support and disapproval[11].

Women’s online and offline performances of these identity narratives do not take place in isolation: roles played in online SNSs are extended and reproduced in offline settings, and vice-versa. These surveillance-regulated gender expectations are difficult and sometimes impossible to simultaneously negotiate, ultimately complicating women’s agential self-expression both online and offline. There are competing media, policy and social discourses outlining that women should maintain privacy in their online self-presentations yet simultaneously should publicly present online in a particular, gendered way – either as ‘responsible’ or as ‘popular’[12]. At the same time as self-presenting as private and responsible, it is common for women to gain social capital from publicly self-presenting as well liked and socially accepted, which involves posting photos and having many online friends[13] – in direct contrast to expectations of privacy and self-censorship. These incompatible expectations are enforced by social surveillance, where women who do not conform face negative judgment or even harassment from other users[14].

On one hand, media and policy discourses make women guard against gendered risk and engage in neoliberal self-protectionism [1] from gendered risk that is uncritically accepted as ‘natural’. These discourses often stress that women should be demure, modest and desexualized, ultimately enabling the media, the legal system and broader society to blame women for the risks they encounter online when they do not present as such[15].

On the other hand, media discourses also encourage women to gain social capital from popularity, celebrity and adherence to unattainable body image ideals[16]. Research indicates that self-objectification occurs in women online when they are exposed to objectifying, celebritized [2] [3] material[17]. Furthermore, body image ideals that had traditionally been portrayed within celebrity culture are now also portrayed within online peer networks with detrimental effects[18]. These portrayals can be interpreted as a result of expectations of publicity and popularity colliding with body image ideals – for example, in the case of ‘selfies’.

Technological architectures differ from platform to platform; therefore, the way that women can be empowered and experience agency may vary across SNSs. SNSs can lift certain types of constraints and allow women to be active without having to adhere to certain unattainable expectations – for example, body image ideals – according to the specific content they require users to post. Females are less likely to deceptively self-present online than males[19]; therefore, while women face societal pressures to fall into a particular narrative, they are more likely to do so in a way that accurately reflects their offline identities. This can empower women in SNSs of a professional nature, as their self-presentations are supported by relevant experience and endorsements from other individuals in their networks (for example, on academia.edu or LinkedIn). Professional SNSs can partially reconcile incompatible identity performance expectations, enabling women simultaneously to self-present publicly and professionally, since public presentations on these platforms do not focus on popularity and unattainable body image ideals.

Social surveillance can potentially restrict agential online gender expression by causing women to censor their online disclosures, pressuring them to adhere to conflicting gender expectations. However, it can also potentially facilitate agency in other ways. Social surveillance online can allow for controlled self-portrayals to reach a broad group of online peers, perpetuate self-images that users have agentially constructed or posted, or provide users a platform to challenge normative standards of online gender expression. In this way, flouting privacy and having an audience that surveils online self-portrayals can be liberating, especially if it helps women gain other types of social capital[20]. An increased presence or interaction with others on SNSs can also foster relationships and help create a sort of digital intimacy[21]. With regard to professional SNSs, social surveillance can be similarly liberating. A particular identity that other users are performing – for example, a scholar – can allow users to focus their actions in order to portray that particular persona[22]. 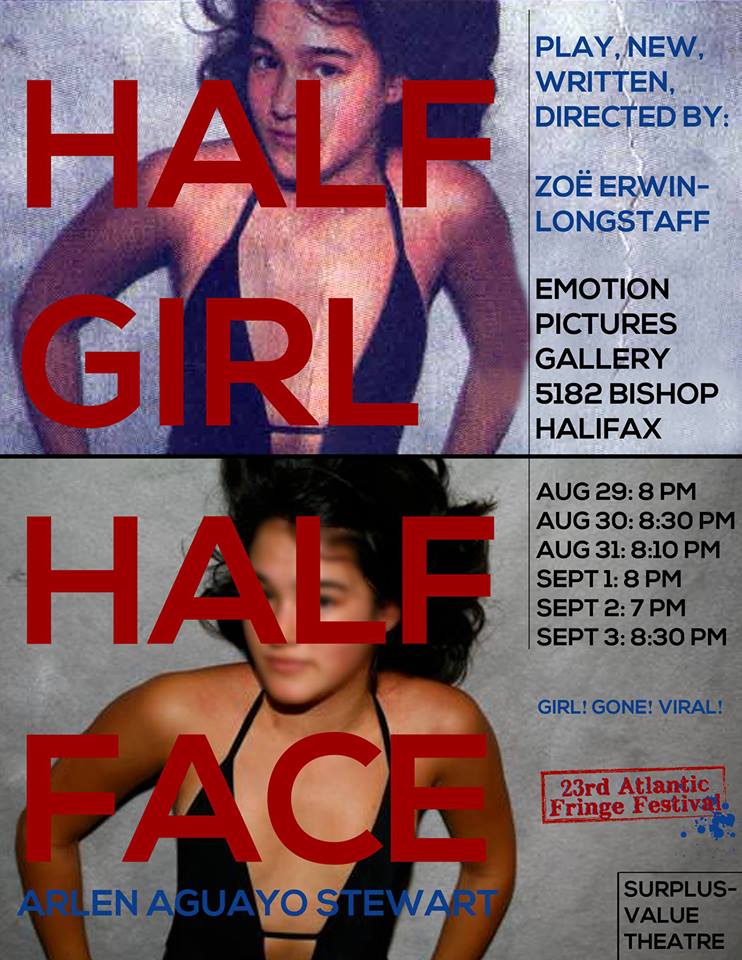 Zoë Erwin-Longstaff’s performance piece, Half Girl/Half Face, showcases the relationship between agency and social surveillance. A thought provoking editorial on this piece can be read at The Way I See It Theatre Blog

While SNSs have become a key component in discussing identity in the digital age, the inherent power relations that exist within the online environment, as offline, have yet to be fully deconstructed. SNSs can enable women to be visible or exposed to the extent to which they are comfortable, allowing them to control the visibility of their profiles from context to context.  However, SNSs and social surveillance can also be disempowering for women to the extent that they entrench unreasonable and incompatible expectations of gender performativity. As Ball states in her discussion of the surveilled subject, “When one is exposed, one is exposed to something,”[23] and as with surveillance studies at large, in SNSs, one is exposed to surveillance.  It is the type and purpose of this surveillance that is important[24], as well as its relation to broader narratives about gender performance – and that can indeed take on empowering or disempowering characteristics for women who present their identities online. It is imperative, then, that critical surveillance studies begin to consider feminist analyses as a tool to deconstruct the empowering and disempowering nuances to online gender expression.