By Stella Marrs No:

In this report from Women, Art and Technology, an event organized by Amelia Marzec and held at A.I.R. Gallery in Brooklyn, NY, I am citing the work and research of five women that contribute to a feminist and anti-capitalist critique of net activity. Their work addresses visibility and invisibility online and offline as possible strategies for resistance. By staking out alternative positions they respond to the ever-encroaching surveillance of the corporate-state nexus with its use of facial recognition and geolocative tracking, developments that further erode our sense of personal safety and freedom of movement. These projects take a variety of approaches: developing alternatives to mobile communication systems and new concepts for materials; working communally to increase the online presence of female names, an intervention inspired by a resurfaced female social-political history that challenges a colonized social network of cyberspace; and expanding the definition of ‘play’ to cultivate new pattern constructions.

Amelia Marzec Is a multimedia artist and activist.

Her fellowship and installation at A.I.R. gallery; New American Sweatshop is a test model for re-building manufacturing.

At the core of New American Sweatshop is a desire to rebuild the telephone and the network circulation of communications and power.

This grew out of my Signal Strength Project, which is a hardware / software combination that allows you to send messages offline using your current cell phone. It works peer-to-peer so you don't have to go through your cell phone provider, and is great for political protest and disaster relief. It also illustrated how privileged the maker community is - that you'd have a smartphone in the first place, that you'd be able to get parts internationally- and that none of those things would actually be available in the event of disaster[1].

Sarah Grant is an artist and programmer.

This is a picture of her sister, Lara with whom she collaborates on Felted Signal Processing projects. 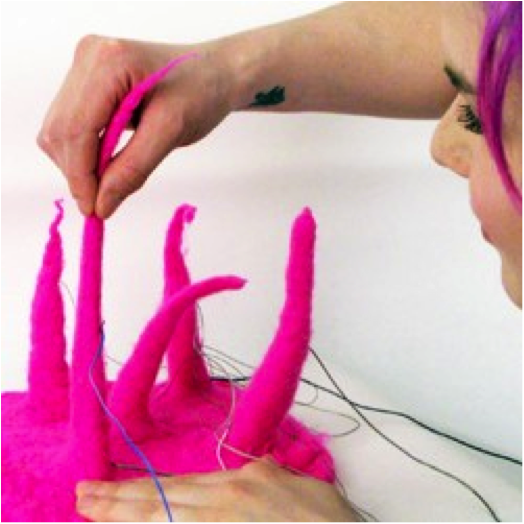 Sarah has experimented with creating textile-based interfaces for audio hardware, working with sound as a tangible material, and more recently, creating conductive circuit traces out of slime molds. [2]

As a poster girl for DIY activism she has programmed, uploaded and taught workshops to promote the idea of having a Raspberry Pi in your backpack and becoming an independent server on your block. She explains how to become an Anonymous Portable Network, and shares software and instructions at http://www.subnod.es 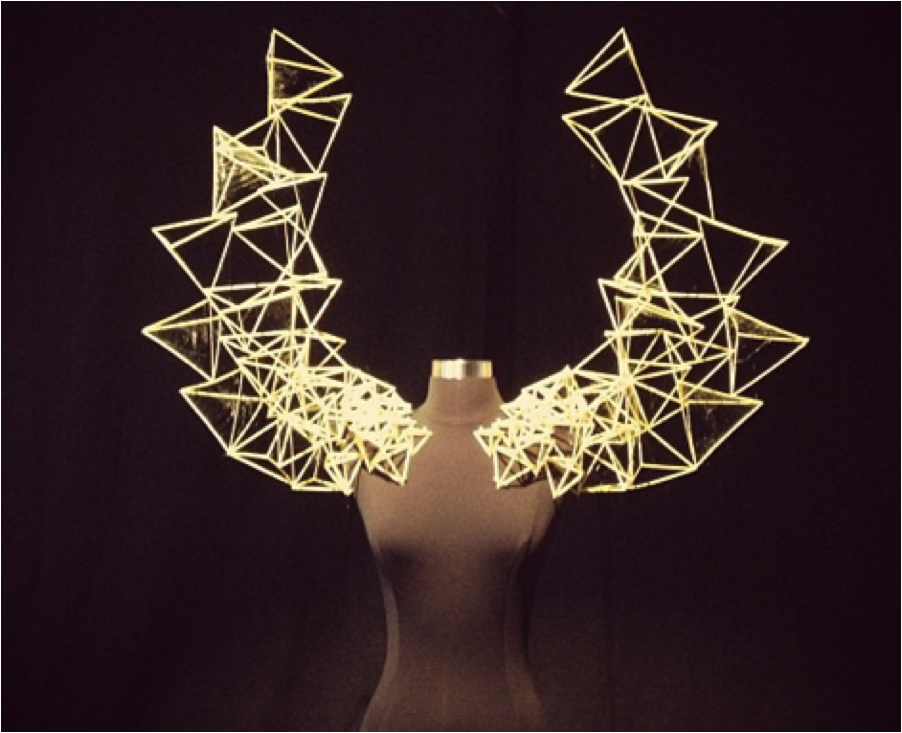 Carrie Mae Rose works between sculpture and electronics, creating wearables as a response to the ancient war on women that violently contains the female body. Transcending her own history of violation, she creates clothing reminiscent of weaponry and capable of activated boundary response. Her imagination is fueled by reports from returned astronauts that describe the bodily experience of being outside the earth’s orbit, instigating a parallel mental psychic transformation. Blending the body, electronics, and the mind:

Carrie Mae Rose is researching and developing abstracted poetic models for a material substance that will be used to build future garments worn in space.  This model will eventually be able to simultaneously power, illuminate and circulate a certain type of very subtle electrical current around the human body interacting with the brainwaves and heartbeat. [3] 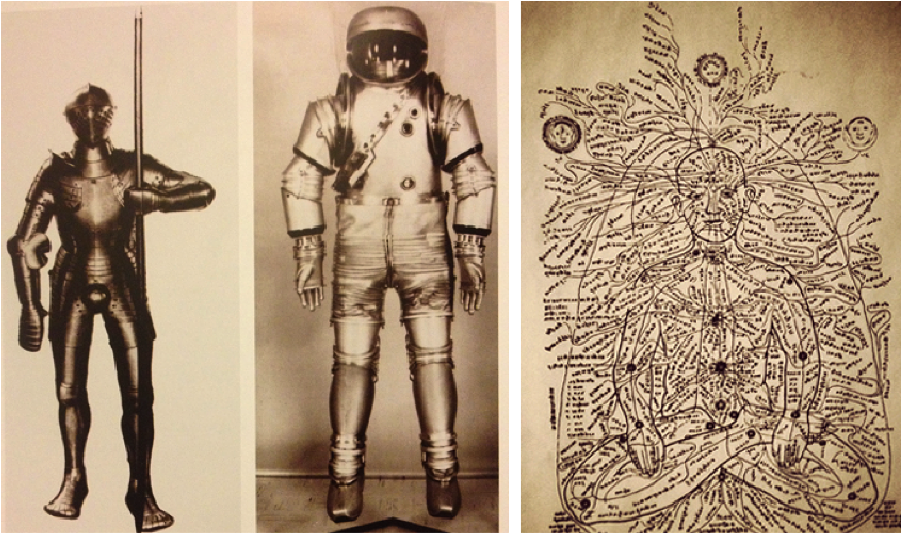 This is a link to a very short video that illustrates the EEG body response considered for electronic interfaces:

Laurel Ptak was a 2013 fellow at Eyebeam with a proposal to research cyber feminism. She helped to produce a number of feminist focused events such as The Very First Year and The Art + Feminism Wikipedia Edit-A-Thon.

Laurel’s Wages for Facebook is inspired by Wages for Housework—a 1970s manifesto from the International Feminist Collective that demanded the state pay for women’s unwaged housework and caregiver time. Wages for Facebook asks what we’ve agreed to in using social platforms that translate every “like”, tweet, and uploaded image into corporate property. Wages for Facebook questions giving away our interiority and voluntarily feeding it into data-collecting corporate economic models through free labor. 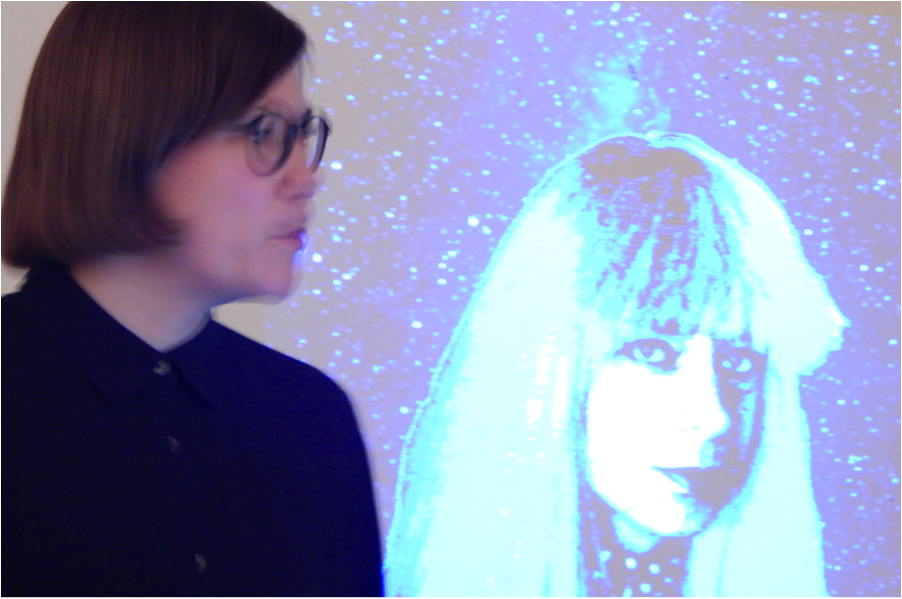 Is an Artist, activist, educator and co-founder of A.I.R. gallery. Her work brings together a “synthesis of art, fashion and theory.” [4] 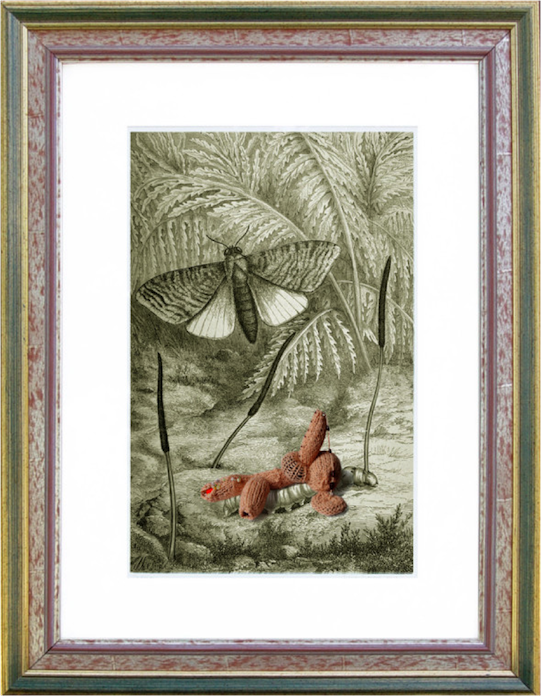 This is from her 20th solo exhibition, DEEP Play:

Daria Dorosh revisits the magical landscape of childhood, and takes us back to the beginning 0 to touch, to play, to imagine...(and asks)…if play is a code for change in a technological world, can play lead us to new patterns in art?[5]

She writes; “the portable textile sculptures, or toys for grown-ups are a response to the cell phone that has colonized our body.”[6]

In current work she is researching sleep time as property, as the last private space we have and fears its colonization.

The whole idea is to take back our sleep time as our private time. Again, it’s related to technology - our private time versus 'commercial time' and the boundaries that have been blurred by the computer. Now that the gateway has been opened, I am afraid that our sleep time will be discovered as the last un-monetized chunk of time still available for sale.[7]

The work presented here is a sample of ways that women are working in new media by identifying alternative circumnavigations that respond to dominant gendered terrain. They are creating new patterns, materials, histories and privacy protections as survival strategies. By applying a feminist analysis that challenges the flow of capital and information in relation to social networks, we now have access to a radical response articulated as a reply to propaganda from the corporate-state nexus that rationalizes our escape from non-negotiable contracted rights and freedoms.