By Claire Paquet No: 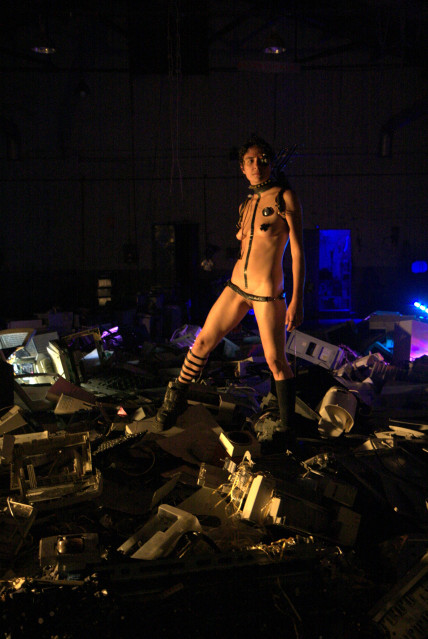 In the lead up to their Sight & Sound festival, the Montreal-based centre of new media and interdisciplinary art Eastern Bloc discovered that a major facet of their online presence had been censored. Running from May 20th to 25th, 2014, the festival featured international new media artists and was advertised primarily with social media.

In the early days of Facebook (six or seven years ago) there was no such thing as a “Page”, dedicated to a place, person, organisation, or business, which you could “like” – there were simply user profiles. Artist run centres like Eastern Bloc (first name Eastern, last name Bloc) harnessed the power of social media by using these profiles to gain “friends” to whom they could advertise their events and news, and many centres continue to do so. Recently, Eastern Bloc’s user profiles reached 5000 people – an important resource for a centre with a humble budget.

In the week leading up to Sight & Sound, Eastern Bloc’s user profile shared documentation of a performance by Shu Lea Chang which featured a nude person. This documentation was quickly noticed and subsequently the centre’s profile was unable to post or share. Eastern Bloc ( in a press release disseminated on their website and social media) underlined that the performace was “intentionally destabilising” but featured nothing which could be considered obscene or erotic. After four complaints about these images over two weeks, the account continued to be blocked from posting for an entire week. Facebook then demanded that the centre provide official identification in order to prove that there was such a person as “Eastern Bloc”. This was the final nail in the coffin for the centre’s profile.

It is important to note the nature of Facebook reports –  they are accusations made by one “friend” against another. Additionally, the way in which they are dealt with seems to be constantly changing as far as I can tell. Currently, Facebook provides this helpful diagram which purports to illustrate how reporting works on the site (https://www.facebook.com/notes/432670926753695/). I found this confusing so I decided to just try reporting something for myself – a decidedly easy and particular activity. 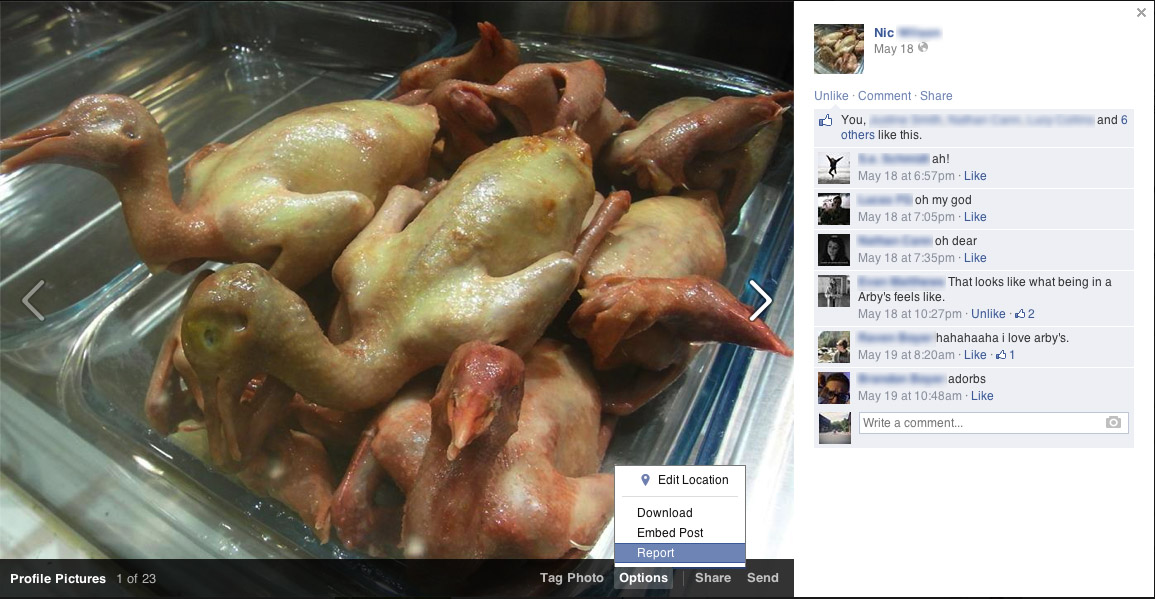 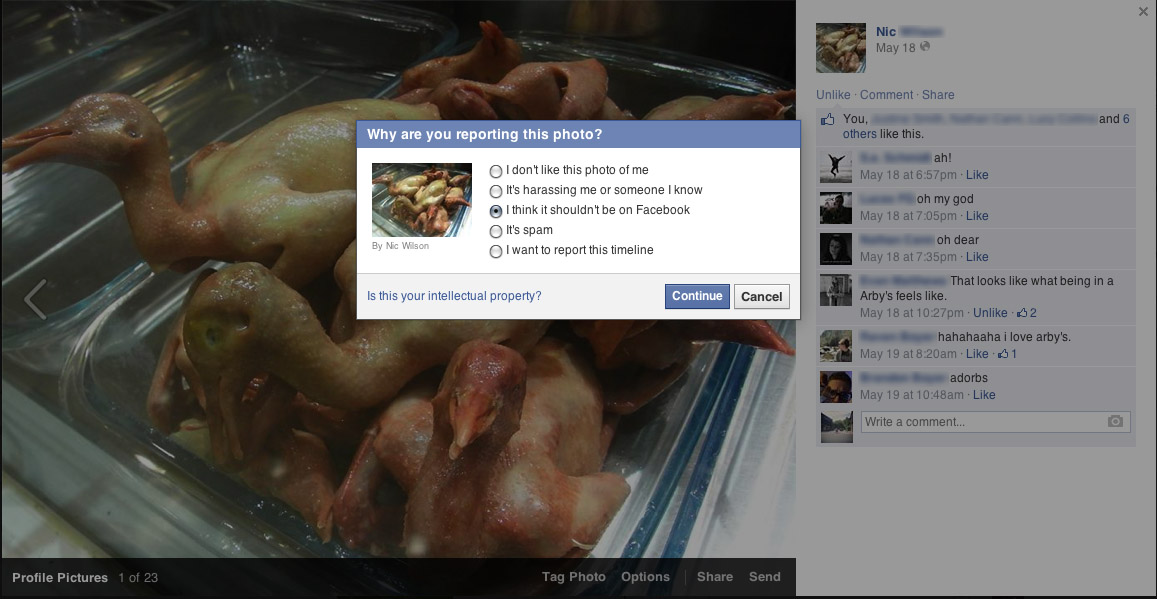 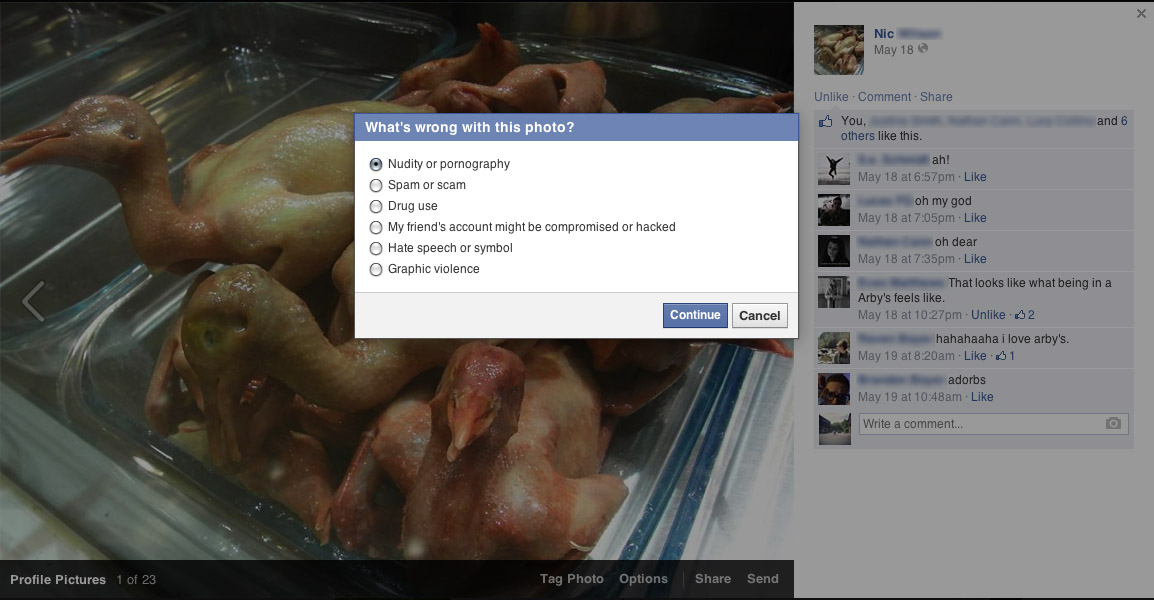 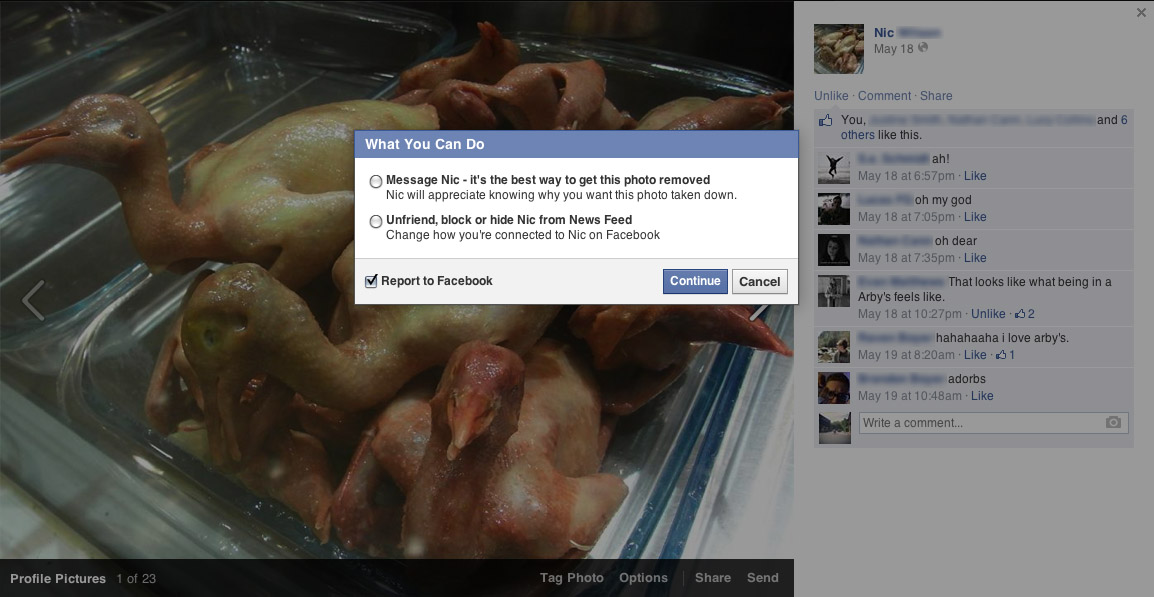 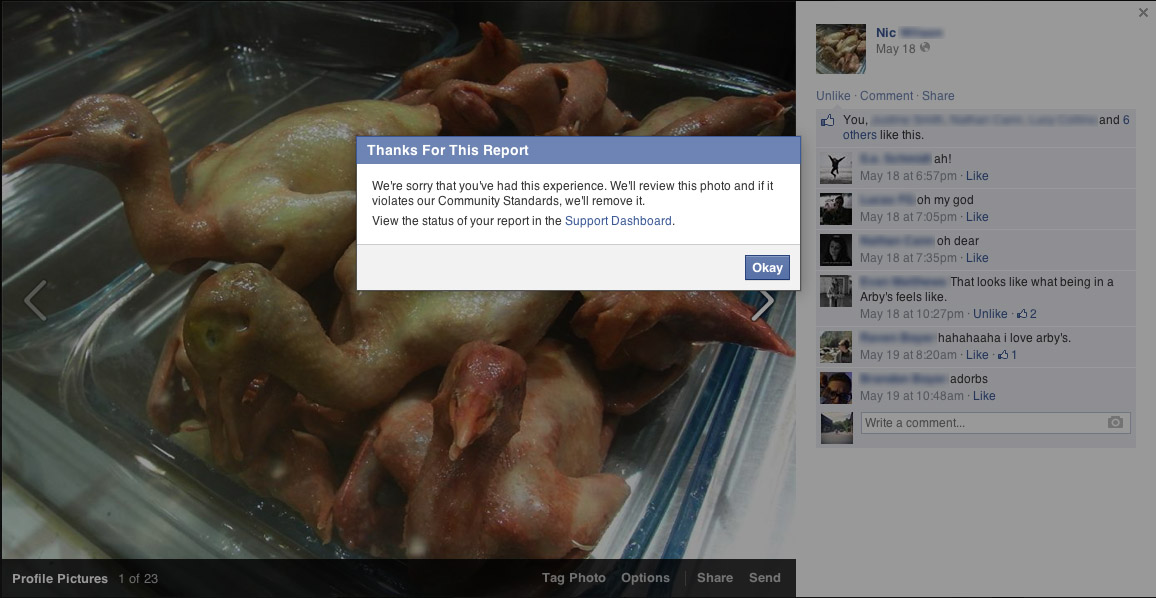 Eastern Bloc is not the first (nor, I imagine, will it be the last) art institution to fall victim to Facebook’s Community Standards. In 2012, < a Gerhard Richter nude was removed from the Pompidou Center’s facebook page. Facebook believed it to be a photograph, and when informed that it was actually a painting the image was promptly restored. In 2013, Parisian gallery Jeu de Paume found its account frozen, like Eastern Bloc’s, for posting a 1940’s photo of a reclining nude - (http://blogs.artinfo.com/artintheair/2013/03/06/facebook-censors-pariss-jeu-de-paume-threatens-to-deactivate-the-museums-account/). Jeu de Paume made the controversial decision to refrain from posting any and all nudity on their Facebook to ensure the safety of their account.

Facebook’s Community Standards currently states: “We also impose limitations on the display of nudity. We aspire to respect people’s right to share content of personal importance, whether those are photos of a sculpture like Michelangelo's David or family photos of a child breastfeeding.” Given the evidence, it would appear that Facebook is feeling a little angsty about the age-old “what is art” question. Clearly, they have not yet opened themselves up to work like Shu Lea Chang’s. But what of the reporters themselves--a self-proclaimed “friend” of Eastern Bloc who might also harbor a limited definition of art? Eastern Bloc’s Eliane Elbogen and Céline Escouteloup wonder if the reports were made maliciously (http://voir.ca/arts-visuels/2014/05/20/sight-sound-2014-eastern-bloc-contre-attaque/) and it seems possible that this was the case.

This year’s Sight & Sound festival seems to have gone off without a hitch, despite the initial censorship. It’s theme, “Science Faction” – “marginal legalities, mutating futures, human-machine meltdown, radical cyborgs” – seems to jive oddly well with Eastern Bloc’s predicament. Who is to blame for incidents such as these? The conservative standards of an Internet giant like Facebook? Or perhaps we can blame the faceless Internet “troll” who sows discontent and gains satisfaction from causing strife? How to reconcile a social network system that takes and gives so readily, how to process the division between individual and system, or machine? Sometimes grappling with these mutations can be exhausting.

Make sure to like Eastern Bloc’s Page to keep up to date on their activities.