By Rózsa Farkas No:

These images are a selection of screenshots of blog posts, tweets and Facebook status updates by artists and poets I admire, and who have online identities that place the personal into the public sphere as a new form of exhibitionism.

The new is made comfortable by being made familiar, since it is seen as having gradually evolved from the forms of the past. Historicism works on the new and different to diminish newness and mitigate difference. […] And we are comforted by this perception of sameness, this strategy for reducing anything foreign in either time or space, to what we already know and are. […] Never mind that the content of the one had nothing to do with, was in fact the exact opposite of, the content of the other.[1]

This sentiment was my point of departure for selecting images under the rubric ”exhibitionism”. I have attempted to avoid easy assumptions of exhibitionism or its assumed historicization within art (such as looking at the #selfie and discussing self-portraiture, for example). Instead, I have continued conversations I have been having surrounding the definition, or ontology even, of representation within a networked society. To put my proposition for this slideshow more simply: the image today consists of affect and narrative, which are not reducible to a representation of the self-body.

In a recent article for Bomblog, Amy Adler is quoted:

[T]he shift toward compulsive self-documentation that has come to characterize contemporary culture... It’s really a radical shift, where now we are all photographers all the time and we are all now photographers of ourselves, as if we were authoring ourselves in a new and fascinating way.[2]

What I am keen to highlight is that, bound within photographic self-representation, artists are increasingly utilizing performance and distribution to challenge hierarchies and subvert norms of representation. The act of speech is intrinsic to the image today. The body speaks.

This collection of images contains examples of different models and functions of self-authoring. These blogged images and screenshots of status updates are, for some, ways to publish or document poetry; for others, they are images or artworks. For artists, such as Rosa Aiello, the images are not a part of an art practice, but are valuable for how they behave (online). This process nonetheless informs artist identity and cultural capital, syphoned through the streams of communicative capitalism, yet maintaining something still non-complicit to it. For Jennifer Chan, and many artists alike, self-authoring via social media exhibitionism, is a condition that is truly post-Fordist, where implicit emotion cannot be separated from work-life.[3]

Most understand the screenshots presented here as moments within an expanded art practice, one that constructs its own web-like layers across the platforms of self-publishing, and, further, to generate meaning and inoculate narrative into the art object. Continuing from Krauss, if sculpture began as a monument, or commemorative representation of something other than itself as object of art, then through modernism sculpture became “a self-referential form that was what it wasn’t (defined as being not landscape, nor architecture, etc.).” [4]

Krauss goes on to describe postmodern sculpture and its creation of an expanded field that includes what modernism deemed sculpture was not. In this expanded field sculpture is a game. Under postmodernism it is almost logical, its definition as ‘sculpture’ is achieved “in relation to the logical operations on a set of cultural terms” instead of through its relation to its given medium.[5]

As these cultural terms expand, aided by faster and newly accessible technologies, art is less postmodern, less a game, and more one’s life. The cultural terms to traverse now (to create logical operations and produce work from) are maybe too plentiful. Perhaps the artist would never produce if she tried to construct the expanded field after the Internet. Or maybe (and I think this is more the case), as the increasingly impossible separation between work and life proliferates into global economies of scale, there are more important things to communicate through art, as opposed to de-lineating the definition of sculpture itself. There is increasing comment on conditions: the expanded field is social, not logical--it feels. Contemporary emerging artists are not naïvely applying sociality into their practice in a pseudo-altruistic operation of Relational Aesthetics. Many of these artists’ practices are personal, individualistic perhaps, responding to their lives the art becomes a mirror of context, because increasingly through its distribution (through social media), it is context. The hangover it has from Krauss’ contextualization of the expanded field is clear:

Our culture had not before been able to think the complex, although other cultures have thought this term with great ease. Labyrinths and mazes are both landscape and architecture; Japanese gardens are both landscape and architecture; the ritual playing fields and processionals of ancient civilizations were all in this sense the unquestioned occupants of the complex. Which is not to say that they were an early, or a degenerate, or a variant form of sculpture. They were part of a universe or cultural space in which sculpture was simply another part--not somehow, as our historicist minds would have it, the same.[6]

And it is in regard to this suggestion, I posit that we are in the midst of the final rejection of postmodernism, which from my generation’s experience (of being born at its zenith) could too often be quantified by an ironic challenge to the terms of sculpture as defined by modernists; whilst, at times, postmodern sculpture was just as self-referential to the art-object-as-monument, as modernist predecessors. More artists are losing interest and concern with 20th century foundations of what constitutes art-objects, and are more interested in making, as modes of expression and communication. To go against Krauss’s warnings of overly historicizing, I would say that artists are in the midst of re-crafting practice. In a tweet, we can see the artist’s hand, and making-as-marker for place or event, and too, we are witnessing this form of “exhibitionism” inflect external narrative (built from online identities) into handmade craft objects, which continue to find a place in fine art after centuries of being sidelined (such as Amalia Ulman’s recent piece at Martos Gallery 27 Roses, 9 Butterflies, 6 Girls). This resurgence of ‘the artist’s hand’ is less monumental, less certain, more bound with the wavering confidence of precarious workers becoming adults in the midst of global recession.

For Amalia Ulman, her status updates are published furiously even though she notes how difficult these things are to monumentalize, to archive: “One important part of all this ‘exhibitionist’ thing is geo-tagging; it's the most and least revealing thing. It's TMI[7] as much as it is uber-confusing. Especially moving so much–it is a little bit ‘catch me if you can’.”[8]

We are told that images are so abundant, so mutable, and moving that we do not really look or even see anymore. And, yes, so much of this self-representation that these selected images are a part is also adding to a form of presencing–that is, continually visible, shared, re-blogged, and part of the image’s velocity. Just as the same social hierarchies show themselves online (we follow certain people more), to a degree, Twitter is a chosen network of our own; and those within it—their statements—help form our own identity and opinions, even if at times simply reinforcing them and allowing for the vanity of preaching to the converted.

Artists creatively engaged with their use of social media are employing narrative and affect as they are subjects of their conditions, which are societal and not solely located in the art object itself, and—just as Krauss noted of earlier shifts—this is blowing apart now normalized definitions of sculpture. These images are pertinent updates, the moments amongst presencing that stuck on me.

Rózsa Farkas is founding director and co-curator/editor of Arcadia Missa Gallery and Publishers in London. She is also currently a Research fellow at Leuphana University's Post Media Lab, exploring affect after the internet. Farkas' curation and writing sits across Arcadia Missa’s print and digital publications and gallery exhibitions, as well as projects outside of Arcadia Missa - such as an exhibition for tank.tv and texts for Mute Magazine and Nottingham Contemporary. http://arcadiamissa.com/ 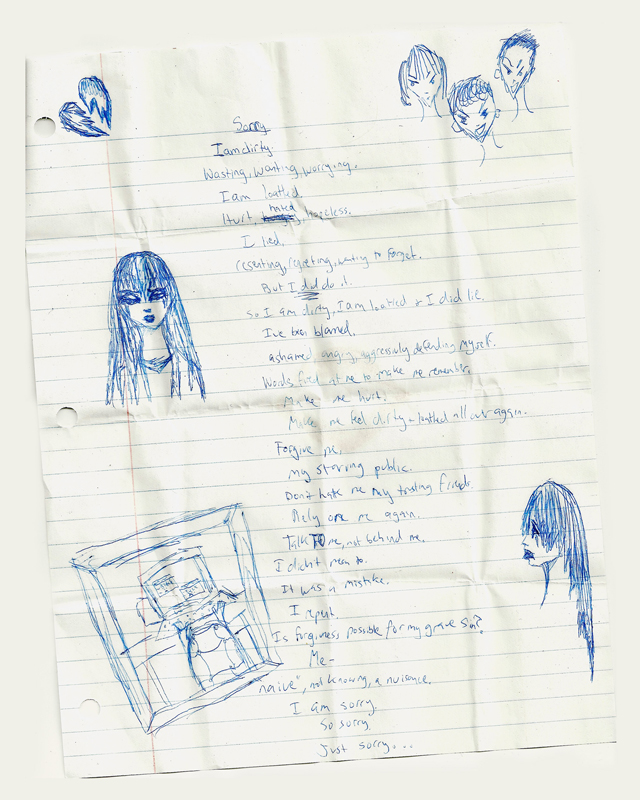 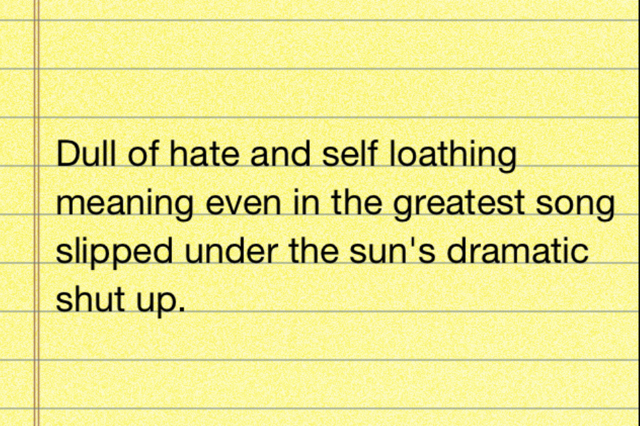 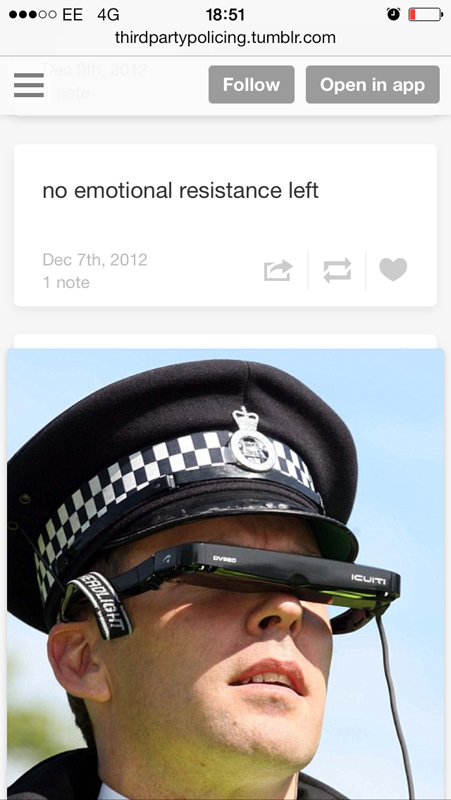 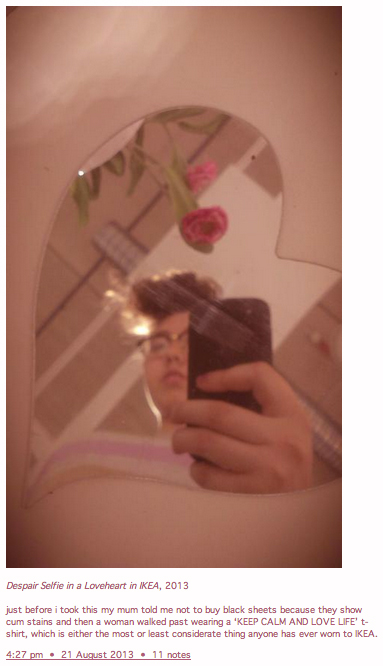 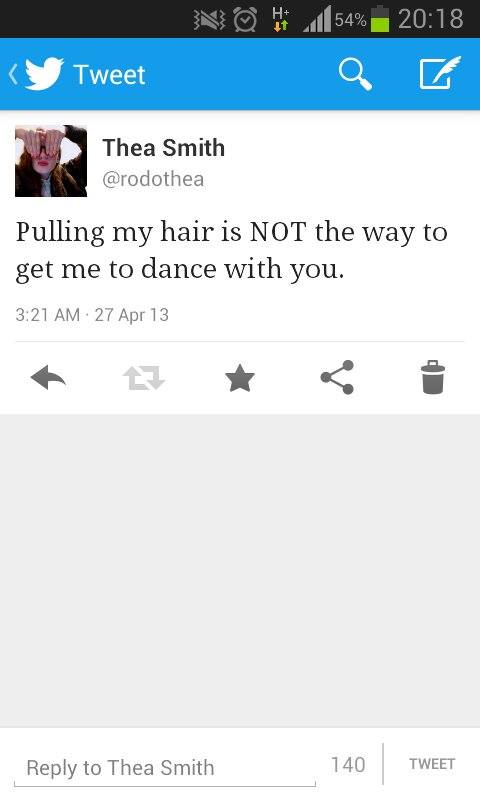 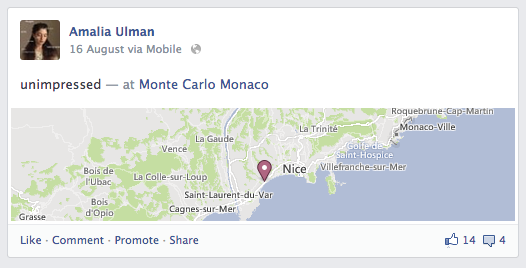 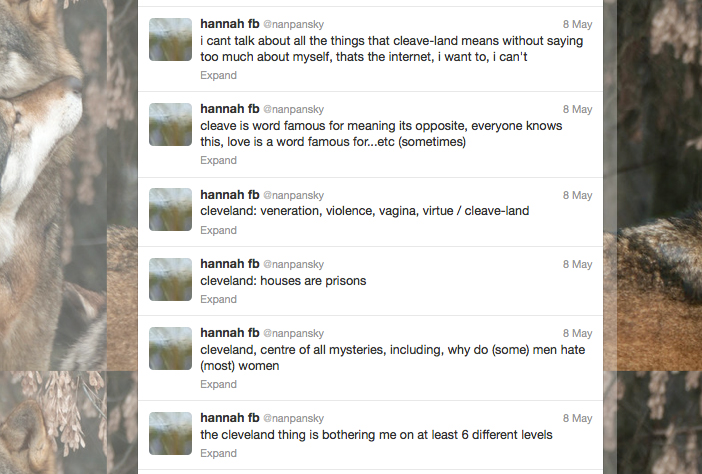 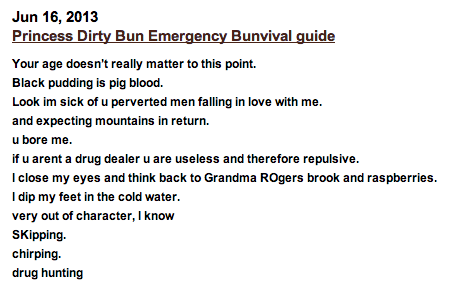 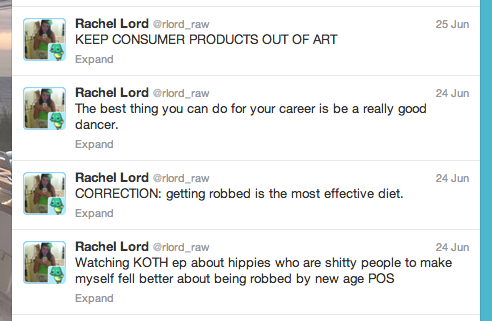 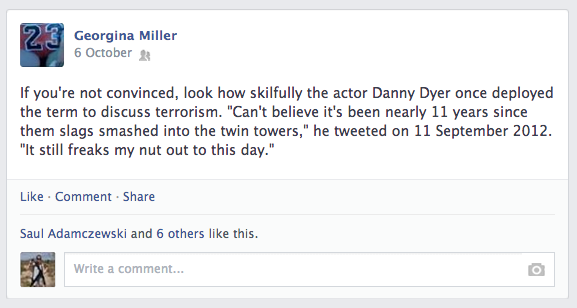 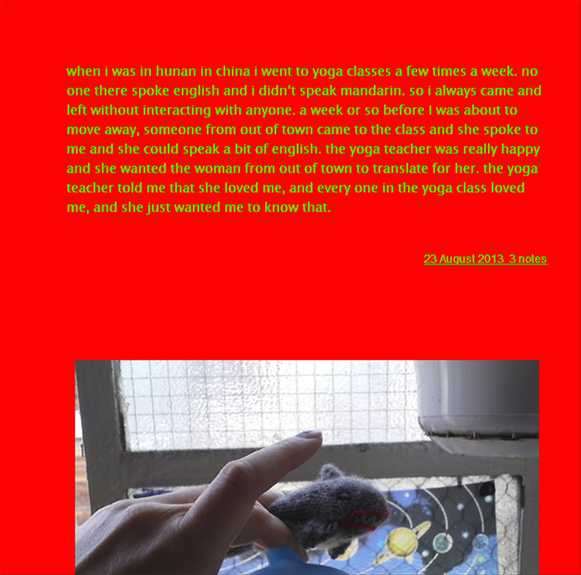