Man up! Owning and Pwning the Policing of Gender Online

By Kate Milberry No: 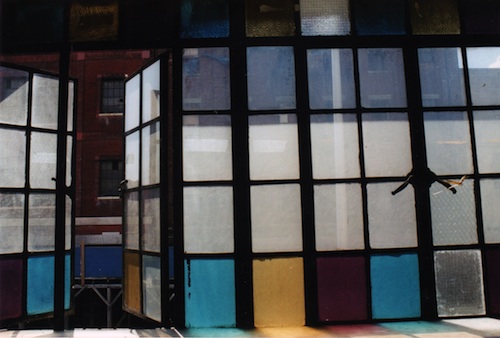 Women’s bodies have been a contested terrain historically, with the battle for control waged by men and later, the patriarchal state. Feminism in its various waves and permutations fought to reclaim the body as an autonomous domain. Nevertheless, the female body remains a scene of struggle: women the world over are engaged in an ongoing contest for autonomy, control, protection and acceptance of our physical selves.

The advent of the information age and the spread of Internet connectivity opened a new, albeit virtual, frontier. An era in which the gender barrier could be breached and more egalitarian social relations could be forged appeared on the not-so-distant horizon. Life on the screen promised the malleability of identity—the self-construction of the self. It suggested a “new body ontology” that redefined the body as information, now posthuman and virtual, Haraway's cyborg disembodied and digitized. Liberation from the limitations of the corporeal, from capitalist patriarchy, misogyny and other oppressive social structures and ideologies was just a mouse click away. Or so it seemed.

It’s true enough that on the internet nobody knows you’re a dog. But anonymity and early libertarian values of openness and information freedom did not prevent “traditional” values, norms and behaviours from colonizing the world wide web. As the Internet became a replication and reflection of the dominant material culture, the hope of another, better (cyber)world faded. The democratic promise of the nascent Internet was lost in a barrage of male-created pornography, hate forums, targeted marketing and other gendered predatory spaces and processes. Even as immaterial labour—a byproduct of the Information Age—created new horizons, it cultivated new moments of exploitation. Women, informatized and disembodied, became once again the subject and object of capitalist patriarchy, this time on an apparently infinite scale.

If code is politics by other means, the contest for equality has not ended but merely shifted to the virtual sphere. Cyberspace has emerged as a stridently gendered terrain where dominant social norms and societal inequities are effortlessly reproduced. Nowhere is this more evident than in the policing of women (and girls) online. The surveillant eye of capitalist patriarchy migrated to the digital realm, manifesting in gendered forms of social control, particularly through cybersurveillance and cyberintimidation: bullying, blackmailing, stalking, predation, slut shaming and the general propagation of rape culture.

Why were we surprised to learn that a rape in cyberspace could happen? That Amanda Todd could be bullied and humiliated on social media until she killed herself, leaving her suicide note on YouTube. That Elliot Rodger could find solace in online hate forums and circulate a manifesto detailing his "War on Women" before gunning down six people. That Anita Sarkeesian continues to be the target of a male-perpetrated hate campaign for daring to point out the gendered nature of video games.

How did the “informatization of the body” (van der Ploeg 2003)—once full of emancipatory possibility—become the foundation of ever nuanced forms of cybersurveillance that target difference and produce new vulnerabilities for women and girls, as well as trans and queer people? What are the sexed and gendered elements of life online and how do they manifest as a means of social control? How can a feminist and anti-capitalist critique of the corporatization of the Internet contribute to a freer, more egalitarian society? What modes of resistance are we creating? And can we subvert misogynist culture to “man up” and reclaim the internet as a space and tool for liberation?

This themed issue explores these questions while traversing, prodding and expanding the place of cyberspace that produces, propagates and enables them. Trevor Scott Milford and Ciara Bracken-Roche examine “social surveillance”—the way we monitor each other through social networking sites—offering a feminist critique of how this impacts agency, control over self-portrayal and the construction of online self-identity. Mikhel Proulx extends the deconstruction of virtual identity to contemporary queer performance online, considering how techno-ideological forces shape our bodies, and how we can resist coded identities of the dominant digital culture. In her review of Women, Art and Technology, Stella Marrs discusses the visual work and research of five women that embody a feminist anti-capitalist critique of internet activity, especially strategies for resistance to surveillance by the corporate-state nexus, as well as alternative practices in cyberspace.

Jillian Mayer acknowledges the reality of the surveillance state as she guides viewers through a how-to video on subverting ubiquitous urban surveillance conducted via video cameras, sensors and facial recognition devices. If the current Internet is a surveillance machine that integrates the contours of oppression, the collective submission from Wednesday Lupypciw, Nicole Burisch, and Diana Sherlock portrays a feminist internet. They propose an alternate reality in which queer feminist desire is the impetus for creating, controlling, and enjoying online spaces and interactions. Annie Malamet uses meta humor in her video to explore the culture of anonymity and alienation that people can experience when they broadcasts themselves online, in particular how access to the Internet can facilitate the sexual exploitation of women.

Dr. Kate Milberry is an instructor with the University of Alberta's Communication and Technology graduate program. Her research considers the impact of state surveillance on social movements, and how democratization of internet technology can advance progressive social change. Recent work for the The Office of the Privacy Commissioner of Canada examined the privacy implications of e-government and digital identity management schemes. Dr. Milberry completed a postdoctoral fellowship at the University of Toronto's iSchool and a PhD in Communication at Simon Fraser University. She is a technology commentator for CBC radio and blogs at geeksandglobaljustice.com. She is @KateMilberry on Twitter.