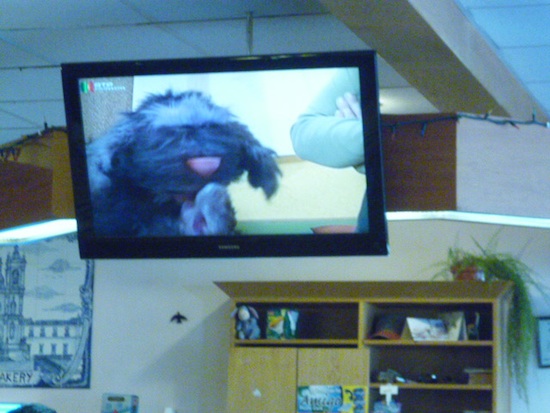 Issue 31 of .dpi is an extension of the article “Musique et politique, pratiques de femmes”, published in issue 27. It further examines the relationship between music and the social sciences. Contributors explore political, societal and cultural issues through a focus on the music created by women, minority groups and members of the queer community. Infused with personal meaning, the articles in this issue provide an engaging look at Aboriginal, improvised, electronic, electroacoustic and traditional music.

Music, which includes audio and sound art, is a reflection of our society, as is its production, broadcast and distribution. Sound is powerful: it can rally people around social and political causes and serve as a tool for resistance, revolution and protest. Other art forms are also meditations on the palpable realities of today. For example, architecture is part of the urban fabric and therefore has enormous presence in our lives. One very important example of this is the Elbphilharmonie in Hamburg, Germany, a project designed by Swiss architects Herzog & de Meuron. The building is an imposing postmodern structure made of glass, with a wave-like roof; it embodies the Goethe’s famous observation that architecture is frozen music (Conversations of Goethe with Johann Peter Eckermann). The concert hall, whose construction began in 2011, is scheduled to open in 2017. Construction costs have already exceeded the initial €77 million budget, and are expected to total a staggering €789 million[1]. Are such displays of luxury appropriate or necessary in this time of global austerity?

Music can speak to us on the same scale as architecture but can be created with relatively simple means of production. This issue of .dpi shows that important music can be made without costs that are exorbitant and unjust. The musicians and artists featured here are united by the modesty of their means of creation. Issue 31 examines music in the intersection between social and political communication.

Megan Mericle presents an interview with Odaya, a Montreal collective of female Aboriginal musicians. She shows the wealth of the group’s resistance work from a social justice point of view: through music, the collective contributes to preserving as well as renewing culture, to strengthening women’s sense of community and belonging to Aboriginal culture, and to combatting the stereotypes that have been transmitted in colonial narratives.

Deanna Radford presents an interview with Ultra-red, a US group of sound artists who use compositions to raise awareness about the struggles of different groups, including the HIV/AIDS community, the lesbian community, marginalized groups, undocumented workers and under-represented individuals.

Arman Koushyar paints a picture of the stifling artistic climate in Iran. Through an analysis of the video work Turbulent (1998) by Iranian artist Shirin Neshat, Koushyar explores the imbalance between male and female musicians and calls out the fact that artists are driven into exile through the censorship and restrictions of the Iranian political regime.

Julie Alary Lavallée discusses The Delian Mode, a documentary by Canadian director Kara Blake. The film looks at musician Delia Derbyshire, who was involved in early experimental music in England, at the BBC Radiophonic Workshop in the 1960s. Lavallée discusses the greater context of the birth of radiophonic music and also looks at the work of Daphne Oram and Maddalena Fagandini, who were also part of the field in England.

During the .dpi launch, Montreal musician Émilie Mouchous used radios to create an uninterrupted soundscape. In the spaces we inhabit, our bodies are constantly bombarded by invisible information in the form of electromagnetic waves. Far from being free, the use of airwaves is regulated by strict protocols, and radio frequencies are often owned by major corporations. Through her performance, Mouchous re-appropriated the space with a non-linear sonic backdrop: airwaves became her medium of creation, which she shaped to build texture and narrative.

Issue 31 of .dpi supports George McKay’s perspective that DIY culture emphasizes “actually doing something in the social or political realm"[2].