Do We Have a Counterculture? 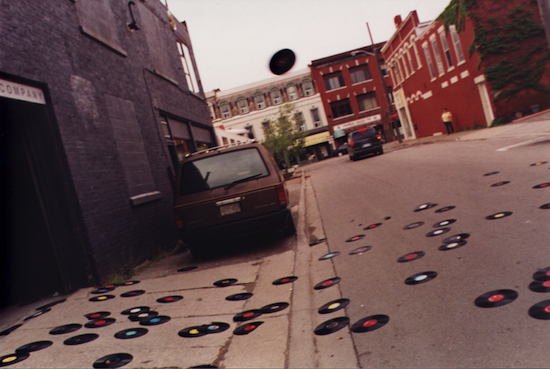 “...if music were not the unique exemple of what might have been-if there had not come the invention of language, the formation of words, the analysis of ideas-the means of communication between one spirit and another[1]”. Marcel Proust

Issue 31, entitled “Music and Politics”, continues the reflection I began in “Musique et politique, pratiques de femmes”, an article published in issue 27 of .dpi that was inspired by American musicologist Philip V. Bohlman and his well-known essay “Musicology as a Political Act.”

My article examined the socio-political undertones of contemporary sound art practices by female artists. Drawing from case studies from the United States, Mali and Iran, I drew links between music and its political dimension as well as its potential for social engagement. In the fall of 1993, Bohlman, in his well-supported paper which has since become a classic, claimed that musicology was facing a crisis, (here, the term “musicology” covers ethnomusicology, music theory and music criticism). He argued that the discipline had closed itself off, taking music as its sole subject of research.The result was that musicological discourse did not include other research fields and was therefore stripped of any political or ideological relevance. Bohlman also pointed out the dearth of documentation of music concerning women and minorities.

Although Bohlman’s essay is no longer up-to-date, it remains significant as a portrait of the critical state of musicology at a specific moment in history. The discipline has evolved enormously since 1993, when Bohlman declared that musicological discourse neither responded with social crises or criticism[2]. In recent years, studies have been commissioned and published on socio-political issues related to music. Unlike in the past, these works are far from being directed at an elite readership. The Internet has contributed greatly to opening musicology up to a wider audience, and the informed voices of active musicologists such as Jonathan Sterne and Suzanne Cusick are being heard by many.

Events such as social crises that hugely impact our daily lives offer ideal opportunities to observe the discourse at given moments in time concerning resistance and the search for solutions. For example, the international Occupy movement in 2011 has fueled the work of writer Jorinde Seijdel[3]. In New Forms of Freedom and Independence in Art and Culture[4], Seijdel looks at the concept of autonomy, which is becoming attractive again, and which offers a way to take control of matters and have meaning beyond pre-existing structures. She urges the adoption of new forms of involvement and participation[5]. Seijdel’s text has remained relevant in today’s climate of socio-political and economic crisis, which is steeped in austerity and has been affected by massive cuts to culture, social programs, mass media, etc. In this context, we need to ask ourselves what sustainable models and avenues we can use in these difficult times. This question leads to the issue of whether we have a counterculture. This term goes back to 60’s and 70’s punk and activist culture in the US and England. In terms of music, much to the displeasure and opposition of the dominant neo-liberal culture, many alternative scenes are offering experimental, contemporary, post-rock, underground and other types of music. The real question to be asked is how viable these scenes are. How healthy is our counterculture? Over the years, we have seen responsible small businesses emerge and adapt. For example, small record labels that use production, broadcast and distribution methods that are “outside the structures of the mainstream music industry[6]” have become an important part of Montreal’s cultural scene. Following a DIY ethic, these companies use independent modes of operation that are based on economy of means and shared resources. The Scottish musician and researcher George McKay, a specialist in alternative culture and media, recognizes that “Action! This is one of the real  strengths of DiY Culture[7]”. Workers, craftspeople and artists involved in the alternative music industry are helping to build an identity that is separate from neo-liberal globalization[8], and in doing so they are demonstrating innovation and originality as they hone their craft. Despite the fragility and vulnerability of the infrastructure they are creating, their energy and contribution are vital.

This issue of .dpi is dedicated to the artist Fantani Touré, who passed away in December 2014, at the age of 50. A dancer, actor, musician and activist known for and dedicated to defending women’s rights in Mali, Touré was behind the creation of the African traditional arts festival “Les Voix de Bamako”,  which takes place every year on the banks of the Niger River[9].