By Sophie Le-Phat Ho No: 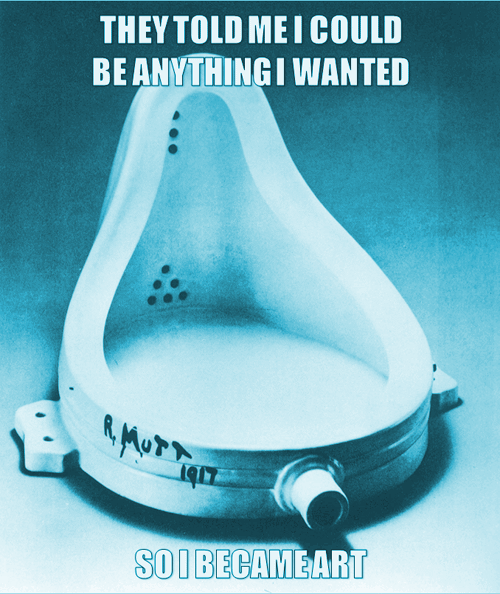 It’s been a while since I’ve asked myself the so-called quintessential question: “is it art?” Perhaps because I don’t think I’ve ever been emotionally attached to it. Or maybe because I’ve rarely found it to be a productive or effective question. Why ask “is it art?” That is, who is asking and to what end? For a long time now, I’ve been operating with one main definition of art, that is, art as a mode of doing-being-thinking. In other words, it’s up to the artist (or the doer-being-thinker) to decide. Extreme bottom-up, if you will. This of course coexists with other definitions, of which a powerful one is art as an institution, the more top-down definition. These concepts interact in particular ways in the artist-run world, at least in Montreal from what I can tell. The process of institutionalization of artist-run centres is real especially because it’s not often directly addressed or seems to be seldom an issue. In other words, institutionalization happens when there is a lack of self-reflexivity in terms of power dynamics specifically (indeed all kinds of self-reflexivity in other areas are plentiful in the artworld!). I believe that the editing of the current issue of .dpi has revealed this dynamic.

Guest edited by new media artist Jennifer Chan, “Gender(ed) Cultures on the Internet” presents, alongside critical analysis, net artists who use what the Internet has become today -- an Internet that is much more structured by social media and networks than ever before -- another kind of biopower, a different configuration of surveillance, anonymity and networked subjectivity and subjection. These practices are potentially challenging some (pre)conceptions about the status of art -- perhaps like net art (and net.art) did a couple of decades ago. In the process of putting together this issue, the question of “is it art?” came up a few times.

In our neoliberal times and with the rise of symbolic power, precarious cultural workers who often feel disempowered can ironically find themselves in the position of gatekeepers, as people who can ask the question “is it art?” and have an impact on what unfolds. This is an important observation because, simply, we have to know what we are fighting for. When spaces and platforms are forged out of a certain struggle, one’s raison-d’être is clear but, with time, all kinds of forces (that I would personally call “capitalism”) act to confuse us. And if we are to sustain our practices mainly out of a labour of love, we had best not shoot ourselves in the foot by not paying attention to whose voices are being privileged or not.

Part of that care is also paying attention to one’s position in time. Practices that were able to develop with the support of artist-run centres decades ago have only recently been integrated by Art History (such as net art) and by museums (such as sound art). And this is in the larger context of “contemporary art”, which still remains pretty obscure to most of the world’s population. On the other hand, these moments of frictions between generations and/or practices are exciting because some challenges are actually fun -- such as coming up with new vocabularies and modes of engagement or reconceptualizing existing notions (here I’m especially thinking of performance art and relational art with regards to new net art practices).

In terms of strategies, the new version of .dpi (of which the current issue is only the second edition) is structured in a way as to diversify voices. First, through its editorial committee, which is composed of people with diverse backgrounds and skills. Second, through the structure of its issues: each year, we will be publishing an issue guest edited by an artist, another one by a different practitioner (scholar, activist, etc.), and another by the Editorial Committee with a focus on the local scene(s). As well, the 28th issue introduces a collaboration with Vidéographe artist-run centre through a column that showcases their Vithèque collection.

That being said, please consider supporting .dpi, a most unique feminist journal of art and digital culture! Despite efforts to revamp itself at the beginning of the year, the publication had its main source of funding (that allowed it to pay artist, author and translation fees) cut.

In the context of the fundraising launch party of the current issue, Jennifer Chan also curated the online gif exhibition “Crazy, Sexy, Cool” with the support of 25 international net artists, some of whom are also featured in this issue. In that regard, I would like to thank everyone who put even more volunteer labour to make this issue happen, and for helping with the fundraising campaign, especially Kate Benedict, Studio XX intern, and Martine Frossard, who designed dpi’s first ever tote bags! On behalf of the team, I would also like to welcome .dpi’s new bloggers -- Caroline Blais, Paule Mackrous, Claire Ellen Paquet, and Koby Rogers Hall -- who are equally diverse in terms of interests and styles. It is my hope that all of this also represents an opportunity to build community and clarify what we are fighting for.

Sophie Le-Phat Ho
in collaboration with the .dpi Editorial Committee