With .dpi's audience in mind, here are (in no particular order) the top 12 performances, installations, conferences and workshops you won’t want to miss at this year’s Sight & Sound, the annual audiovisual art festival organized by Eastern Bloc.

Street Ghosts
Paolo Cirio, installation
The fleeting moments captured for posterity by Google’s Street View are recreated in Cirio’s intervention, which features life-sized posters of the people caught by Google’s cameras in the precise geophysical locations as seen on Street View.

Sila
Melissa F. Clarke, installation
This work opens discussion on the oil-fuelled processes that are reconfiguring Greenland’s cultural and geophysical landscapes in a multimedia installation that contrasts photographs of daily life in Greenland with a suspended sculpture of glass and paper that is slowly being eroded under a steady drip of oil and water. 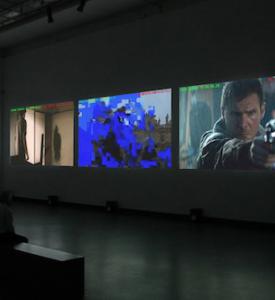 Phase Space
Erin Sexton, performance
In this live laboratory performance, Montreal artist Erin Sexton puts human perceptions of electrochemical processes under the microscope, examining the relationship between macro- and microcosms and our senses of time. 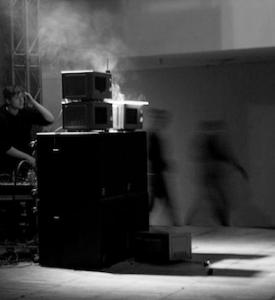 Thermal
Mario de Vega, performance
A concert of amplified and demodulated electromagnetic waves that will change perceptions of the mundane process of microwave cookery by making it audible.

Nightmare Inductions
Noxious Sector Arts Collective, performance
California-based trio Jackson 2bears, Ted Hiebert and Doug Jarvis use a self-hypnosis script and atmospheric noise to induce participants into a hypnotic state that will lead them to believe their teeth have fallen out. The performance will be followed by a workshop the following day in which trance-induction techniques will be discussed and examined. 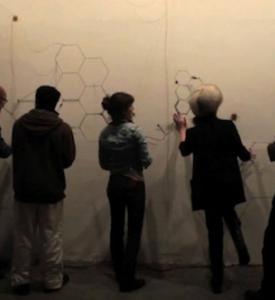 Future Archaeology, performance
An interactive project in which open circuits of metallic duct tape posted to the walls and floor are activated by participants, who then become part of a dynamic soundscape.

Terminator Studies, conference with Jean-Baptiste Bayle
A re-reading of the Terminator film series as a narrative that is more than science fiction, ultimately examining the eerily prophetic parallels between current political structures and the Terminator series’ futuristic dystopias.

Digital Survivalism, workshop with JB Bayle
A guide to navigating open-source software and the Creative Commons with the aim of better understanding the surveillance structures that dominate the central nodes of the Web.