Naming a Radical Queer Girl Tumblr Aesthetic focuses on Tumblr as a space of safety, creativity, self-expression, and escape for young queer women and women of color while considering the paradox of the Internet as subject to market logic. It is a fluid, deeply personal space wherein girls/gurls/grrrls of any age can be raw, vulnerable, emotional, and sexual. Tumblr resists subjugation and creates a potentially utopic space for oppressed people. Building on a previous version of the essay that was co-authored by Alicia Eler and Kate Durbin, this updated version explores the IRL-URL connections of identity politics.

This essay considers Tumblr as a space of safety, creativity, self-expression, and escape for young queer women and women of color through case studies of contemporary Tumblr users. It can be a utopic space for girls of all genders who regularly experience oppression for just being their selfies, who have to shift between multiple identities on a daily basis, and who often must remain anonymous for their own safety.

Tumblr art Historian Ben Valentine, organizer of the first-ever Tumblr Art Symposium for Hyperallergic, notes the importance of Tumblr in a culture of systematic oppression. “Unlike Facebook, Tumblr allows for anonymous and multiple production of ourselves,” says Valentine. “This offers a powerful and empowering space for many users — teenage women among them — to explore themselves in an honest and relatively safe manner. In a way that is rarely offered in public space, where they may be subject to harassment and expectations to perform in certain ways can be more palpable and enforceable.”[1]

The term ‘teen-girl Tumblr aesthetic’ was first coined in an essay of the same name, co-authored by Alicia Eler and Kate Durbin for the symposium organized by Valentine. This research drew predominantly from the works of Marie Calloway, Molly Soda, Emma Orlow, PlasticPony and Onlinebabe. The aesthetic combines diverse influences: goth, kawaii, animé, performative twitter feeds, semi-anonymous posts, imagery of bloody body parts, and a raw vulnerability based on hypersexualized young female bodies. The young women named in the teen-girl Tumblr aesthetic are an integral part of the story, but they are far from a complete picture of it, particularly when it comes to queer young women of color who may be influenced by many of the same aesthetic objects. 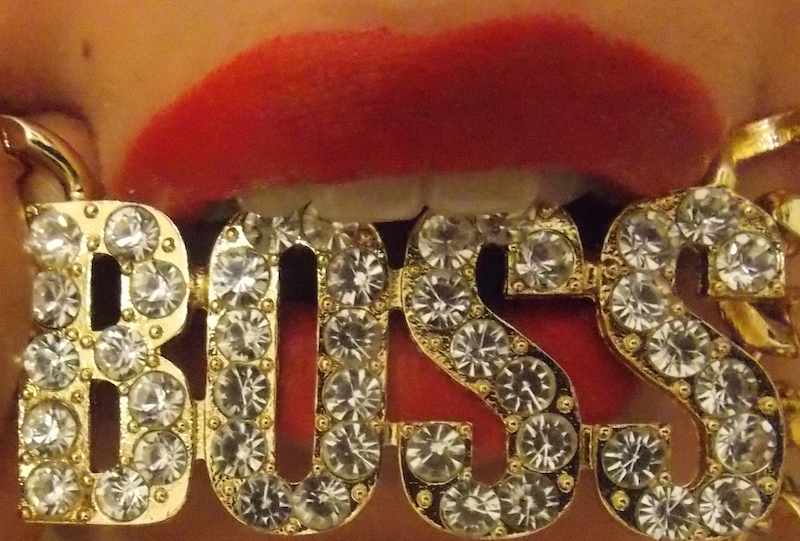 “My Tumblr sphere is full of very sensitive, complex individuals,” says X, who asked to remain anonymous for the purposes of this essay yet said it was okay to share her Tumblr. “I think of us as the Black radical wing of the Tumblr castle. A lot of problematic people are afraid to venture to this wing because they really can’t hang. Every now and again some basic will come at me with some fatphobia in which case I just tell them to leave my blog and never return.”

X’s Tumblr started as a place for her to process, where users don’t need to make a distinction between personal, political, social justice, or social life. “I started Tumbling as a means to handle my own depression and frustration,” X says. “I can still remember the turning point — my grandfather passing away during my freshman year of college.” For X, Tumblr is a place where she felt safe discussing these internal conversations in a way that gave her a connection to others who were feeling and thinking about many of the same intersectional identity questions. “Tumblr provided this space that was both public and private in a way I liked that helped me grieve in simple ways of just addressing my own sadness and reblogging angsty pictures,” says X. “I use it now when I’m frustrated after a long day of white fuckery.”

In addition to shifting and fluid identities for individuals on Tumblr, best friend bonds are another important aspect in a radical queer girl Tumblr aesthetic — it is about love, support and trust. Tumblr becomes a way to visually keep up with friends long-distance in an increasingly networked world.

X’s best friend Brannon is engaged with Black Weirdo and Afropunk aesthetics on Tumblr. She wonders where these resources were when she was growing up in Lansing, Michigan and Berkeley, California. Brannon finds that Tumblr is a useful space to explore aesthetic interests and visual culture as they relate to her identity as a young queer Black woman.

“My first thought was, where was all this when I was in elementary and middle school wearing jelly bracelets and clothespins, skateboarding to school, and listening to The Ramones, System of a Down, Greenday, The Offspring, Sum 41, My Chemical Romance?” These aesthetics, which are usually reserved for white bodies, meld seamlessly with Blackness on blogs like Black Weirdo, Afropunk, “Black With Flowers,” “filthy good,” “For Coloured Girls (With Ink),” “Femmes of Color,” and “Alternative Black Girls.”

These and other blogs provided both visual and intellectual context as Brannon came into her consciousness and identity. “Based on people’s reactions to me, it felt as if liking what I liked and also being Black were irreconcilable,” she says. “That moment of conflict — embodying what was supposed to be a cultural impossibility, or doing Black ‘wrong’ — is where the feeling of ‘weirdness’ becomes an identity marker for me.” 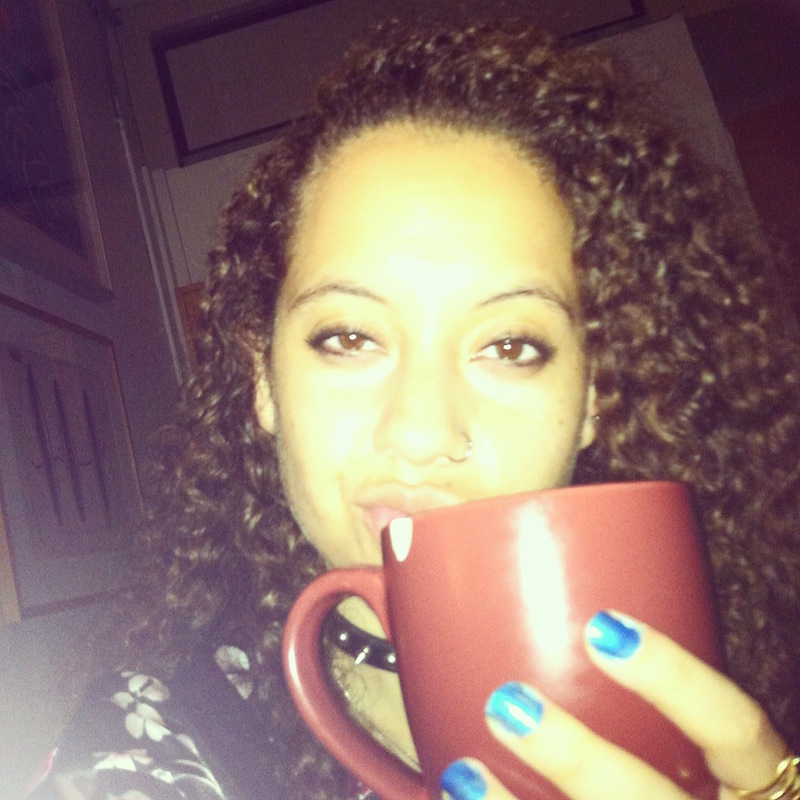 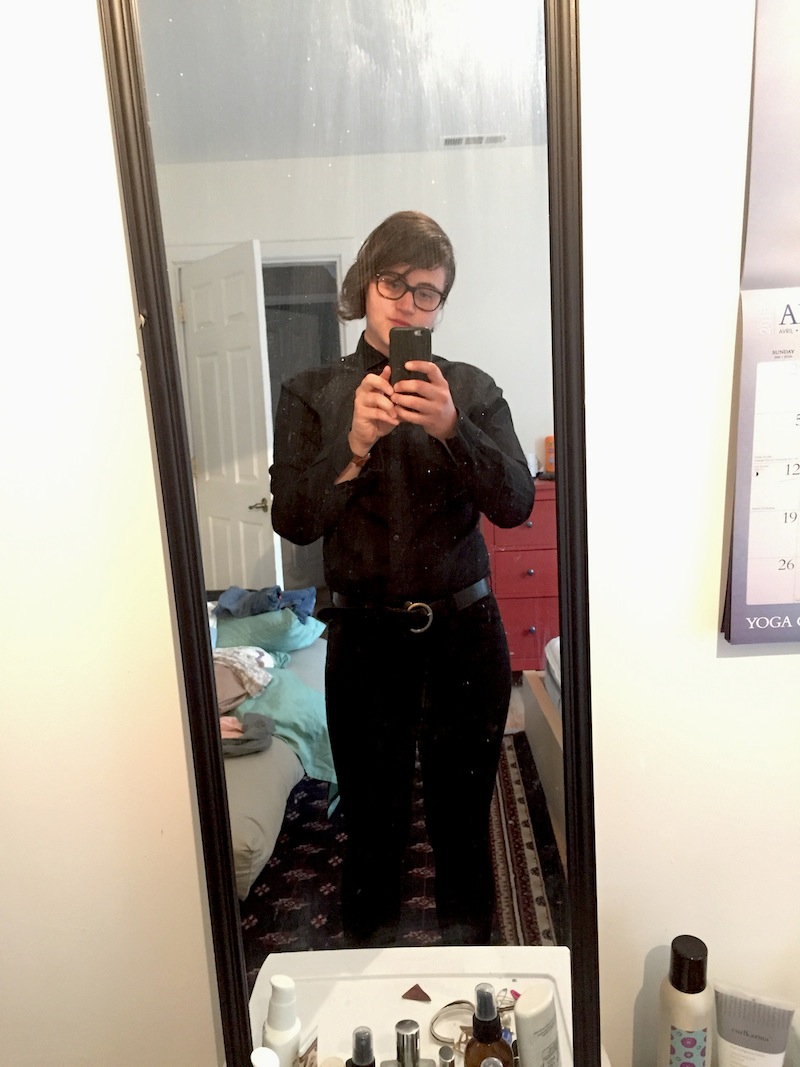 Tumblr functions as a visual, personal, and aesthetic archive. Writer Alicia Eler’s first blog posts were of her then-new tattoos, one of an owl on a flowery branch, and another of a queen bee. Alicia’s kindred spirit Peregrine Honig drew the two owl tattoos; in fact, the two of them share queen bee tattoos on their forearms. For Eler, these images express her visual identity, the bonds of girl friendship, and queer teenage femininity. She explains that body-marking and adornment are powerful tools for self-reclamation.

“These images are my way of saying that this is my body and I am claiming it as my own and that is why I am tattooing these powerful symbols that I’ve had in my mind since I was young onto my exterior skin for all the world to see,” she says. “I want to show myself.”

Since those initial posts, Eler has used her Tumblr to delve into a range of topics, from German Expressionist films to Simpsons gifs to floral Nintendo Gameboys to thoughts on living in LA. Most recently, she’s been exploring issues of race, posting images of “white guys as objekts” as seen in hip hop music videos and reblogging positive pics of women of color.

In addition to utilizing Tumblr as a continual way of visually unpacking white privilege and identity politics, Eler also enjoys posting selfies. “In my selfies I am claiming my image as a queer girl and personal aesthetic in a public way. I post selfies that show me feeling powerful, beautiful, vulnerable, sexy and confident. Typically, these moments happen before I am about to perform at a comedy show. These selfies are a way for me to reclaim the gaze and focus on the mirror as a reflection of my reality.”

Tumblr can be  an oasis — an island of visual affirmation, not just for social justice but a place where one can see a version of the self that isn’t reflected in mainstream media. Fandom culture is another element of this queer aesthetic movement. San Francisco Bay-based Creatrix Tiara, whose Tumblr is Not Your Ex/Rotic, has been writing in some form online since she was about nine-years-old. She’s a self-described liminal platypus, but she’s also happy to refer to herself as “a queer female-ish migrant south Asian/southeast Asian feminist anti-racist intersectional slutwalking single-and-not-mingling kinky-ish on-the-positive-side-of-sex-critical artsy geeky attention-seeker slytherclaw sylph of heart Darren Hayes fangirl, etc.” Tiara was an early adopter of Tumblr: she’s been using it since 2006. Her blogs have dealt with a wide range of topics, including fashion, style development, and a series of Harry Potter fanfictions set in Bangladesh called Shafiq 28. In 2009 while living in Australia she got into burlesque. She started posting on Tumblr from her perspective as a POC burlesque performer, quickly becoming a resource for similar performers who thanked her for speaking openly about race, gender, sexuality and performance.

“This was especially touching given that I was getting all sorts of hate from the Australian scene for being outspoken about its racism,” she says. Because her immediate environment wasn’t a space for conversation around intersectional identities, Tiara’s Tumblr took on that conversation — and also offered a means of support and encouragement from a supportive community. It became a safe space. 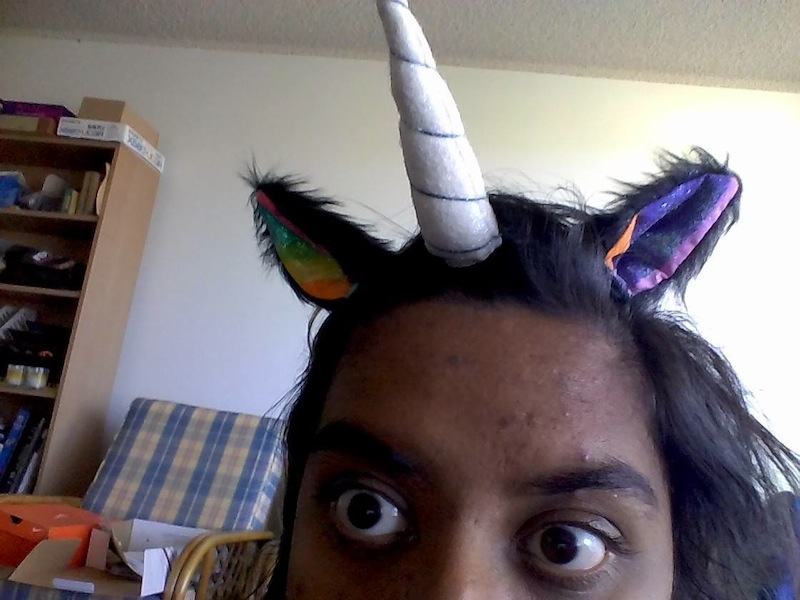 No matter how or where the conversation meanders, Tumblr is a space where creativity shifts and rises, experiments are played out and identity changes with each new post or blog. There is no need to state a real name and stick to it. In naming a radical queer girl Tumblr aesthetic, Tumblr becomes less a space for unveiling perfect, finished masterpieces, and more a place for testing out possibilities — not just for creative projects, but for identities.

“Tumblr has become a space where all the parts of self — the sexual selves, the queer selves, the oppressed selves — can meet and thrive,” Valentine says. “Where identities can be tried on at whim, dropped or adopted more fully.”

Tumblr is its own house of mirrors, yet its links add a real-life quality to everything. In this essay we are naming a radical queer girl tumblr aesthetic that celebrates life in all its complications: it is living, it is alive, it is not dead, and it hopefully inspires real-life connections to happen offline.

Note from the authors: We want this essay to start a larger dialogue about radical queer Tumblr use. We wish to make this conversation inclusive, non-binary, and explicitly highlighting queer and trans people of color. We will also delve into issues of market logic in social media, surveillance/privacy, transnational identities, U.S. ‘alien’ visas and other extraterrestrial realities, the class politics of social media, and the ways in which all of those affect a web-based aesthetic movement.

[1] All uncited quotations come from personal interviews conducted by the authors.

Brannon Rockwell-Charland received a BA in art and Africana studies from Oberlin College. She was the recipient of the 2014 AICUO Award for Excellence in the Visual Arts and was recently a contributing writer to ART21 Magazine. She was a featured reader at the 2014 Mixed Remixed Festival in Los Angeles, where she read an excerpt of her memoir exploring multiracial Black queer-femme identity. She is a photographer, multimedia artist, writer, and mermaid-in-disguise currently based in Portland, Oregon.

Alicia Eler is a writer. Her art criticism and culture journalism regularly appear in Hyperallergic and KCET Artbound Los Angeles. She contributes op-eds to The Guardian’s U.S. Culture section, and also writes a weekly column, “Crystal Paradise”, for the LA publication CRAVE Online. She is the editor of ART21 Magazine’s May/June 2015 issue. Alicia’s coverage of selfie culture is featured in New York Magazine and the Washington Post. Her fiction and personal narrative essays about adolescent sexualities appear in Illuminati Girl Gang Magazine and Projecttile Lit. She is based in Los Angeles.