By Tom Penney No:

The exchange of digital images depicting partial bodies is an iconic part of the Grindr experience. In this article I discuss how such images function as “affection-images.” How do static images of the face and parts of the body communicate affection between gay men? In approaching this question I uncover how gay men have produced their own norms and standards of representation online. This is further considered through the structure of faciality as an algorithmic phenomenon. The satire of how affection images and faciality encourage norms to be produced by gay men online is key to my practice as a satirical artist.

For gay men using online dating apps like Grindr or Hornet static faces catching our eyes from within smartphone and tablet screens are an everyday phenomenon. Infamous too are the torso shots, dick-pics and belfies displayed during sexualised online chatting. Fingers press, swipe, pinch and zoom into these images for more detail. Brains engage, get turned on, and off, and judge these images of bodies in rapid succession. Penises rise and fall. We might assume that in their digital multiplicity and sexual openness, such images constitute a freedom of sexual representation, but what has become increasingly clear is that, en masse, gay men are producing their own standards of participation that exclude differences from within their own community, and that it is through user participation that such standards occur. This is unlike the standards handed down to the public by mainstream culture and is fertile ground for satirical artists. 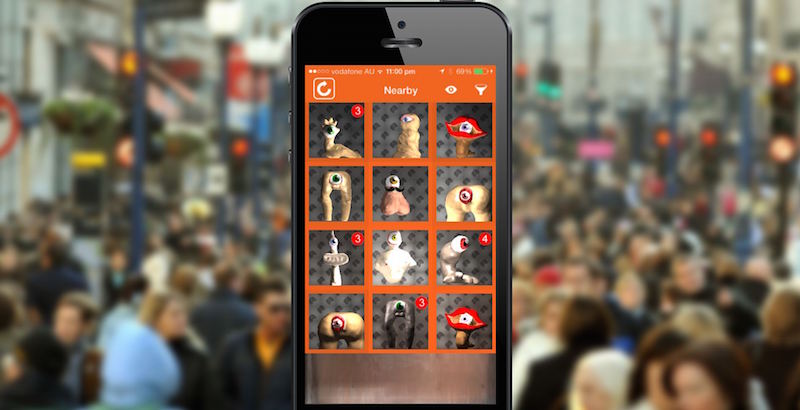 In my studies and practice I consider how fascisms are arrived at through the deceptively neutral nature of apps that display people as equal alongside each other, as relative squares. Faces within borders are displayed to users as if they were objects of choice through a personal device that commoditizes them. There is always another option, we might think to ourselves whilst browsing this multiplicity. There is a sense of entitlement and command over these images (which we forget are real people) as we liberally swipe, block and browse through faces on our own terms. Here we find through the interface that multiplicity exists in terms of the singular: the subjectivity of the individual user. With subconscious awareness that others will judge us in the same way we judge them, and sensitivity towards threats of our own masculinity and sexuality, we prepare ourselves and man the defences according to our own rules or categories for selection. It is startling how aggressively defensive and entitled profiles are; “masc only, no fems”, “don’t contact me if…”, “no asians,” which altogether constructs an environment of hostility and exclusion before-the-fact. When enough people together make demands publicly for only gym-fit, white men, or even if all believe that they are entitled to nothing less, difference flees from what is essentially a user-generated fascistic model of participation. 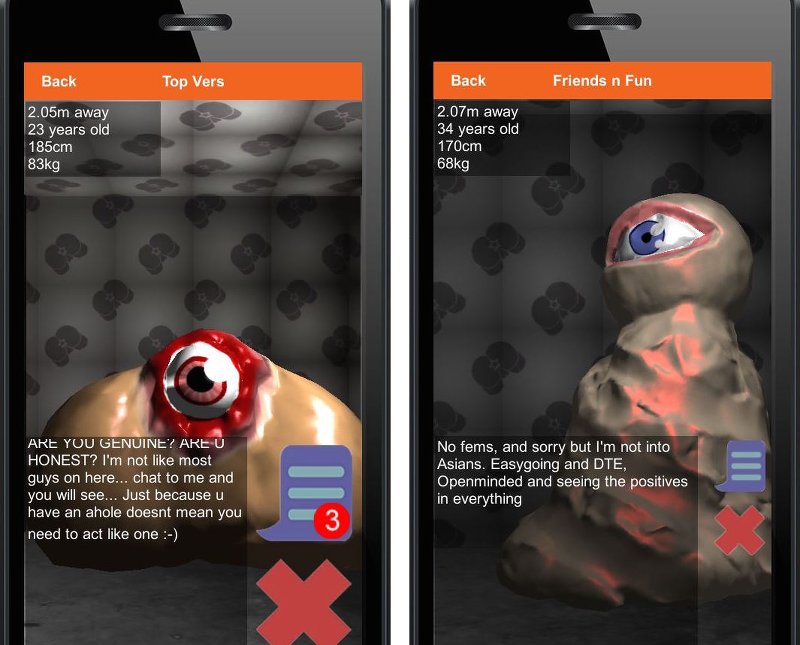 The promise of Grindr is that some sort of affection, sexual or otherwise, will be gleaned from each identity represented on the screen. From my perspective informed by reading Gilles Deleuze’s concept of affection-image[1] all images that we attempt to read for affection operate as if reading a face. Affection-images are a language through which humans read the interior state of others. I wrote about this in a past publication titled Bodies Under Glass,[2] where I made the claim that even if we see a torso or a penis (without a face) on Grindr, we attempt to read another person’s affection into its features on some level, as if reading a face. Torsos become stern, unrevealing faces with two static nipple-eyes, erect penises are one-eyed dick-heads, anuses are receptive, open mouths. On Grindr all images of the body function as ‘faces.’ That is, they are affection-images revealing affection to some degree: the interiority of others’ bodies, their arousal and their interest within a personal exchange. 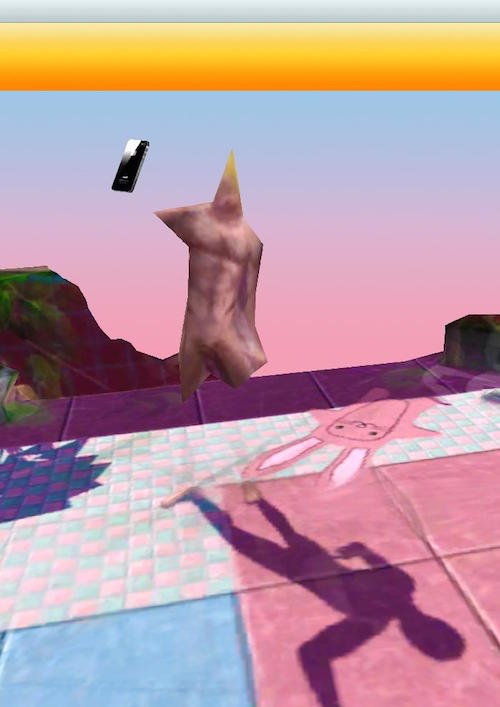 Given this language, why do Grindr users routinely behave in the fascistic ways I have observed, and why do people who fear judgement (or even discovery) perpetuate their own oppressive standards? One effect of this affection-image saturation is that users have to adopt ‘poker faces’ to compete in a sexual market: stern, uncharacteristic, unrevealing selfies that flee from any unveiling of a self that is too real, too situated and too specific to be selected. These images rely on projection rather than reality; they are reflective surfaces. This extends to profile information as well as imagery. If we are to read partial photographs of the body as faces, then the torso pic is the ultimate version of this – flat, reflective, stern, universal and unrevealing… dare I say “masculine.” Grindr selfies and body shots do not externalise maximal folds of emotion or meaning. They are close-ups, generally cold, and designed to mask anything but one’s ‘catch-all’ appearance: the generic components or versions of people and their connected bodies designed to attract the most number of affective responses. I believe that Grindr’s standards are in part arrived at through this extensive self-averaging-out that occurs when huge numbers of users present themselves for sexual exchange through ‘poker facing’. 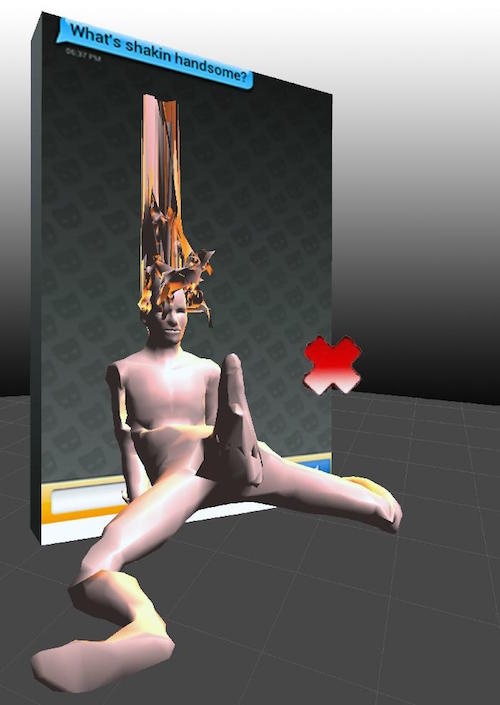 We might refer to such a phenomenon as ‘algorithmic,’ whereby through mass usage, people have done exactly what they criticise digital algorithms in ‘Google culture’ of doing: forming aggregate models and standards for human beings from processing massive amounts of user data. Here, this refers to users rapidly processing and judging the masses of Grindr images they view, aided by, but not entirely because of, machines. They are then applying these averaged images to their own standards of self-representation. I arrived at this concept after reading Deleuze and Guattari’s notion of faciality (the extension of Deleuze’s affection-image) featured in A Thousand Plateaus,[3] where Deleuze and Guattari discuss “the face” as a language coding our response to, and judgment of, other people. We can imagine “the face” as a grid. This grid is structured by a varying topology of the physical features of our faces (our nose, mouth, cheeks, eyes) that together form the dark and light contrasts that we can recognise as a face. Faces are recognised in terms of their deviation from a standard arrangement of these darker areas of contrast (eyes, mouth, nostrils) upon a lighter surface (cheeks, chin, forehead). Oddly, although written in relation to human perception, we can easily today refer to machines that also recognise faces this way, through arrangements of contrasting pixels in a camera image, or facial recognition. Machines learn to interpret faces by parsing as many images of faces as they can. If human users repeatedly affectively process similar faces then that composite ‘face’ must inform desirable standards in their mind. 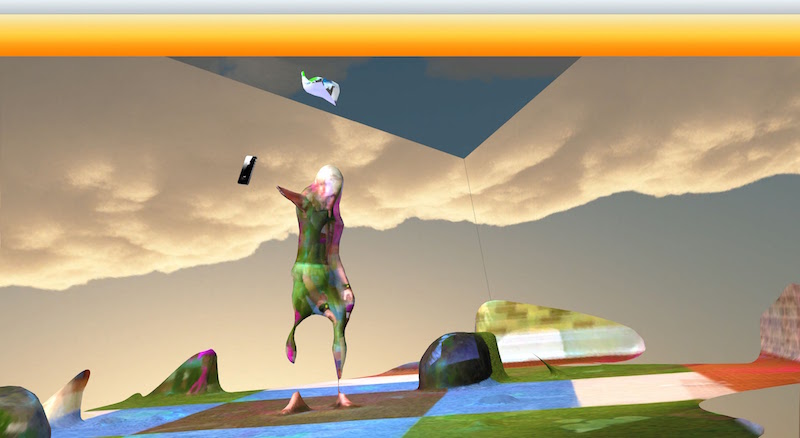 If “the face” is a way of organising contrasts (or contrasting pixels) on a grid so that they represent a face, then we can refer to deviations in the arrangement of contrasts that move faces further from a norm that is recognisable or acceptable. A face-recognising machine can say, “yes, it is a face” or “no, it is not a face” about any image given to it in rapid succession. Humans on Grindr might similarly say “yes, I want to have sex with you” or “no, I don’t want to have sex with you” in rapid succession when they browse affection-images. Crucial to these decisions are prejudices. Deviations from “the face” for Deleuze and Guattari become the basis for examining prejudice (racism, for example) because culturally “the face” as a coded space is structured in terms of deviations from the white male European face. As Ben Light has stated in an earlier study of gaydar.co.uk:

…because of the desire to commodify ‘the difference’ that is gay, predominantly white men, online and offline, such inscriptions become monolithic caricatures that are obdurate and enrol even those who do not participate in such arrangements at all or only by proxy.[4]

That gay people form caricatures of themselves as a white male culture through Grindr is entertaining to me as a satirical artist who plays with faces. Gay filmmaker John Waters has said that his “audience is even gay people who don’t get along with other gay people… minorities who can’t stand even the rules of their own minority.”[5] That is, they are people who desire a moment of relief from humourless and punishing standards like those on Grindr. To break out of the frustrating cycle of these apps as an artist, I turn to satire and digital artwork that involves subversion of the Grindr ‘face.’ I like to refer to my facial subversions as “caricatures” because they extend or violently reduce essential qualities in representations of Grindr as a system (while not critiquing the individuals using it). Here, a caricature could be seen as a satirical version of a fascistic essentialization. The fun of this is using my own digital methods of capturing images to parody the ‘algorithmic’ processes that inform judgements of the face on Grindr. I employ digital processes such as 3D scanning of bodily forms, which produces imperfect deviations of facial imagery and bodies. I did this in a number of pieces exhibited as part of Melbourne’s Tabularium exhibition (2014) and many of these works are available to view in their online archive. The result is a subversive queering of these online dating spaces and my engagement with them. Self-imaging becomes parodied to the point where faces converge with phalluses, rectums and other body parts. In this scenario, the fascistic model is replaced with a base one, turning an idealistic averaging-out into a farcical expression. The ‘caricature’ is here the exaggeration of negative codes and associations the app has, rather than the normative ones produced through general engagement. This turns the algorithmic and essentializing logic of digital fascism back on itself, and gives way to a heightened sense of these limitations of online gay social networks.

Tom Penney is a PhD candidate, digital media and games academic teaching at RMIT University and an artist working in Australia. His practice currently involves 3D imaging and games technology. His research project Critical Affection looks at identity play in contemporary digital cultures. This has involved studying how the male body is represented in homosexual mobile dating apps. Narcissism, intimacy and the consumption of bodies-as-objects through such apps are critiqued through Tom’s use of subversive caricature and presentation of virtual bodies in interactive works. Tom also currently works as an artist and project manager at Metaverse Makeovers, an augmented reality fashion company.