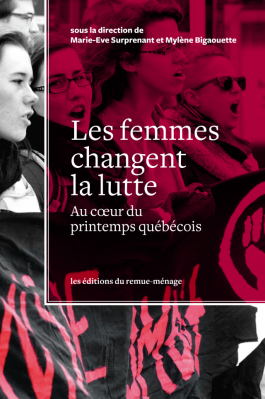 Despite all their actions, social activism in nursing care is far from the norm. However, many of us, and in increasing numbers around the world, are choosing to ‘stick our noses out’, to make connections with those who are engaged in this struggle and who denounce with scorn the way in which governments treat their populations. Sophie Vallée-Desbiens, Les femmes changent la lutte. Au cœur du printemps québécois, p. 151.