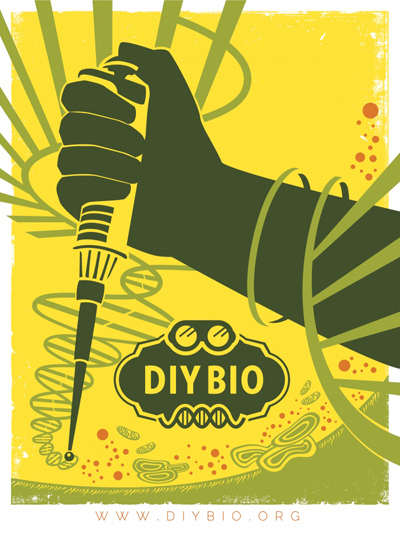 Synthetic biology is a term that has been used since as early as 1905 when French biologist Stéphane Leduc claimed he had created La Biologie Synthethique: inorganic chemical gardens he made from metals and inks. Leduc’s chemical gardens strangely resembled biological organisms, as they grew and had life-like behaviour, however they completely lacked DNA. Today the term synthetic biology is used to describe a discipline that is considered a high-profile field of emerging biotechnology that uses synthetic DNA, computational science and engineering principles to manufacture novel living organisms. Its technologies enable scientists to invent unprecedented forms of life (mainly viruses and bacteria) and to re-engineer naturally occurring organisms at the genetic level. The field aims to invent “biological machines” that can carry out precisely designed functions that offer new opportunities for the future, particularly in the health care and energy sectors. Some of its highlighted potential for applications include the production of biosensors to warn of toxins in the environment (such as oil spills), the creation of cheap vaccines to fight off significant lethal diseases (such as malaria), and the production of biofuels (such as those made by Amyris, the first company to go public on the US market using synthetic techniques to generate biofuel from the metabolic output of yeast.) 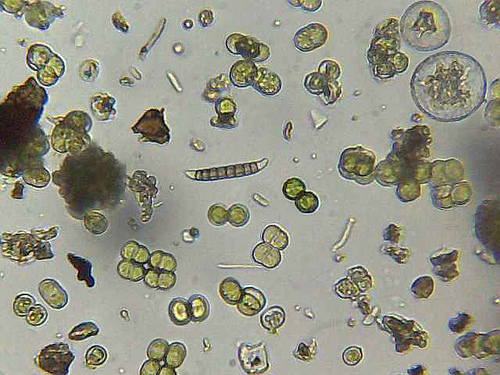 Synthetic biologists are creating organisms alien to the non-synthetic species that have co-evolved on Earth over millions of years. Their work resurrects significant ethical questions about biosecurity, biosafety, biowarfare, intellectual property and human control of life that already exist within other forms of genetic engineering, such as cloning, GMOs and stem cells. As it continues to develop, the activities of this field are likely to have penetrating implications for all living things, from the philosophical to the mundane.

A dominant thrust found in many of the divergent synthetic biology projects that exist is a systems approach to program life as well, or better than we do computers. This means that instead of working with isolated components of an organism’s genome to alter its biology - the way that traditional genetic engineering has been doing for decades - synthetic biologists are considering the entire biological milieu in which they work, using approaches that include rewriting genomes from scratch or stripping unnecessary parts of an organism’s biology away to transform it into a simpler more machine-like entity. The idea then is to generate new life forms whose behaviour, metabolic activity and functional output we can predict so that they produce valuable assets that are exploitable and help us tend to several competing and complicated societal crises.

In its efforts to create a revolution in how biology is manipulated, synthetic biology is deeply concerned with the design of new genetic material and consequently new living organisms. This emphasis on design has attracted many artists and designers to the field with training in more traditional creative elements such as aesthetics, criticism, and phenomenology; aspects of design that science does not consider in its methods. Alexandra Daisy Ginsberg and James King, graduates of the Royal College of Art in London as well as Oron Catts of the Tissue Culture and Arts Project and Director of SymbioticA, a laboratory for bioart creation at the University of Western Australia, include just some of the major players investigating the potential of synthetic biology as a new material for artists and designers to work with.

Interdisciplinary collaborations between artists and scientists are gaining stability through their increasing appearance in creative practices like bioart, speculative design and design fiction. These creative practices merge scientific expertise with art or design to create interdisciplinary works that open up new narratives and potential futures of science and society, uniting specialized fields which have been traditionally segregated.
Synthetic biology has not only transformed the boundaries in which it is practiced by working collaboratively with artists and designers, but it has also helped fuel the phenomenon of citizen biology. A diverse cultural movement has evolved where individuals interested in hands-on biology have created working groups and community labs; these are situated in mainly major US cities but also in parts of Europe and Asia for the democratization of biotechnology. Largely known as DIY biology, garage biology, or citizen science, this work takes research outside the university and government labs and into public spaces, not solely for the purpose of creating new scientific knowledge (although this may be accomplished), but also tinkering with life, and testing what is possible in terms of the creative extensions that hackers, artists, designers and other non-scientists can bring forth when they are welcomed into an interdisciplinary environment seeking to contribute to the contemporary ecology of how biotech is acheived. 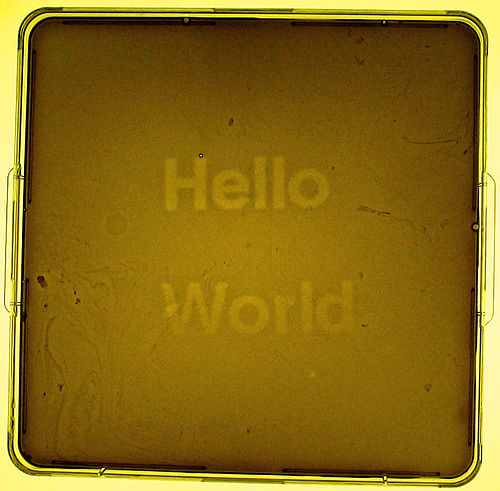 DIY practices in synthetic biology have been popularized through the 2008 creation of DIYbio. co-founded by Mac Cowell, a biohacking hobbyist with undergraduate training in biology and Jason Bobe, who worked on the Personal Genome Project at Harvard University with the renowned synthetic biologist, George Church, DIYbio is an organization and growing community of citizen scientists who are increasingly becoming experts in several biotechnologies and are well equipped to carry out experiments with the gamut of low-cost laboratory devices that they have been inventing. For example, some individuals associated with the community have invented an open-source DNA cloning system called Open PCR (polymerase chain reaction). They have also developed a code of ethics for responsible oversight and leadership in biology that happens outside of traditional professional spaces. It mainly operates online through a forum, but there are also regional chapters set up all over the world where DIY communities come together to exchange knowledge and perform experiments. DIYbio also created the FutureLabCamp, an event that has taken place Boston and New York , bringing artists, designers, hackers and DIY biologists together for sleepover research summits.

Since the inception of DIYbio, several hobbyist websites, amateur synthetic biology groups and even certified public lab spaces - such as GenSpace in New York City and BioCurious in the San Francisco Bay Area - have been created. Moreover, founded in 2009 by Andy Gracie, Marc Dusseiller and Yashas Shetty - artists who began working together when they met during the Interactivos?09 Garage Science conference at the Medialab Prado in Madrid, Hackteria, a self-described resource for open source biological art, open source software, DIY biology, generic lab equipment and electronic experimentation, operates as an online collection of projects. The community operates in order to learn about and practice biotechnology for all, regardless of one’s disciplinary training.

As it gets increasingly noticed in a hybrid milieu of scientific, academic, hacker, and art/design communities, the work of citizen biologists is heavily debated as to whether or not it should be called science since its aims are far looser than academic concerns of generating new scientific knowledge. This opens up interesting questions in the public conversation about democracy and public participation in synthetic biology. Diverse groups of researchers are working to assess and prepare for the risks involved and the associated dangers that could arise with DIY biology, ranging from the FBI to anthropologists and philosophers.

Since synthetic biology expects that it will fundamentally change the way things are done at the industrial, medical, scientific, and economic level, its soundness as a revolution for a new synthetic era is still in debate; its place in society ought to be established through a chorus of voices including scientists and non-scientists alike. This is happening all over the world by individuals who are excited, passionate and curious about the biotech future, facilitated mainly through the free flow of information via democratic architectures like the Internet, community lab spaces, open-source resource centres and artist studios.

Britt Wray is a researcher and media artist who was trained as a biologist and works with scientific themes in her work, which often take form as radio, video, textiles or writing. Currently a graduate student at OCAD University in Toronto, Britt is looking at the emerging field of synthetic biology and the ways in which artists as well as speculative, critical and industrial designers are using it to create new narratives of art and design through interdisciplinary experimentation with science. She worked at Studio XX as the Workshop Coordinator in 2009-10.