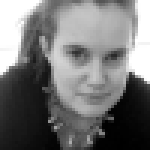 Koby Rogers Hall is an artist interested in site-specific participatory works as sites for political engagement. Her most recent projects are dedicated to dialogical arts practices, archiving as cultural activism, public interventions for political participation, and interdisciplinary performance settings for direct audience-artist interaction. As Artistic Director of Mischief Theatre, her independent performance-creations have been seen in Montreal, Toronto, Vancouver, São Paolo, and New York. Her recent collaborations include presenting with artist Mariam Ghani (Sharjah Biennial X), with the Hemispheric Institute of Performance and Politics (Encuentro 2013 and 2014), and as co-creator of Preoccupations (preoccupations.ca) presented by centre des arts actuels Skol (with Htmlles X). As an arts activist Koby contributes to the Media Coop and the Artists’ Bloc of the Immigrant Workers’ Center (IWC-CTI). Her writings have been published in the Artthreat journal, the .dpi journal, the collective publication TO REST / SE RESTAURER, and her upcoming book of political and poetic works to appear in 2014. She holds a BFA in Theatre with a specialization in collective creation from York University in Toronto, and a Masters in Arts and Politics from New York University.