".dp!" is an intervention into the .dpi issue on hacktivism pirating the exclusive jargon of hacker culture.

In trying to establish a dialogue between the past legacies and futures of hacktivism, the modified publication will be distributed in existing hacking environments, online and offline. In this way, ".dp1" becomes a meta-intervention where the historical example of hacker detournement of language is itself detoured into the setting of .dpi 27 as a publication that gives visibility to new feminist hacktivism and queer technological expressions. 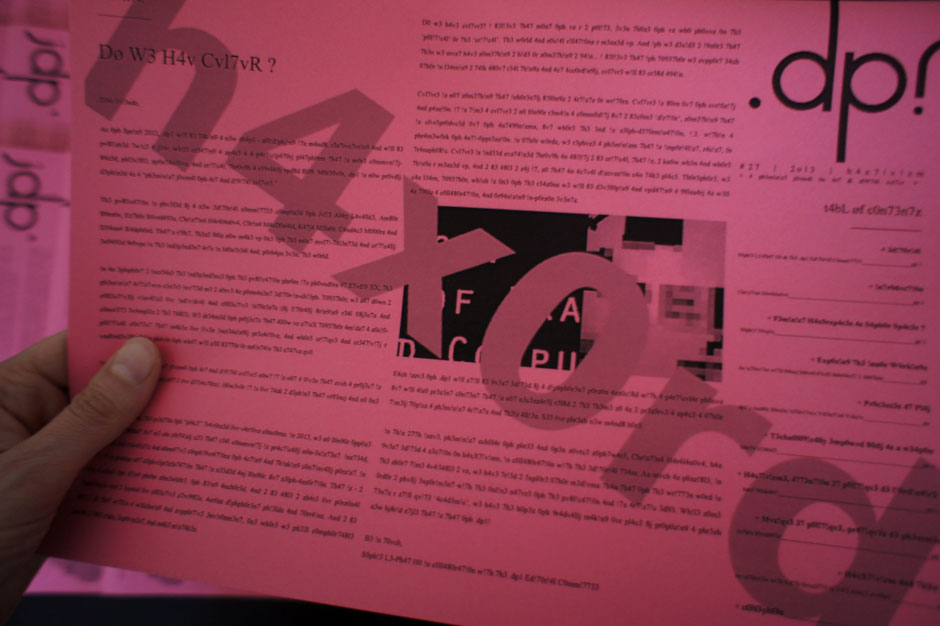 Danish artist and critical designer lnd4 aka Linda Hilfling works with the premises of participation and public space within media structures, with a focus on means of control (codes, organization, and law) and their cultural impact. Her artistic practice takes the form of interventions, which in humoristic and often absurd ways, reflect on and reveal gaps within existing structures – the place where a system fails and its inadequacies become visible. lnd4 is a devoted FLOSS (Free Libre Open Source Software) user and her works are most often freely distributed tools with a wrenched or dysfunctional aspect.