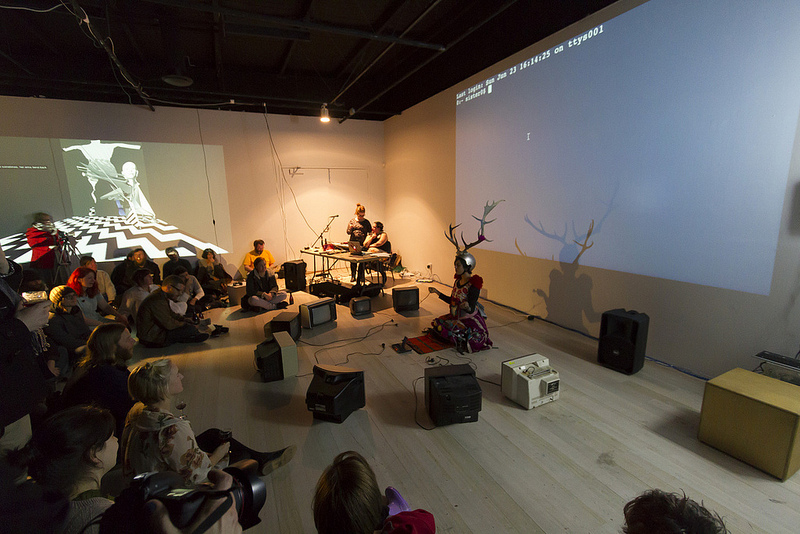 In an interview with .dpi, Tasmanian artist/hacker Nancy Mauro-Flude describes Networked Art Forms and Tactical Magick Faerie Circuits (NAF:TMFC), a series of events inspired by computer culture. Culminating this past June in an exhibit at Contemporary Art Spaces Tasmania, NAF:TMFC adopted what Mauro-Flude describes as a holistic approach to digital culture, encouraging participants to explore the blurring boundaries between human societies and their digital constructs.

.dpi: What goals guided you in developing the program for NAF:TMFC ?

Nancy Mauro-Flude: After being on the road for a few decades, one of my aims is to invigorate some of the long standing networks that I am able to plug into worldwide.  To extend, plant and nurture them on a local level to people who are interested in my home base Tasmania.

I anticipate the event will eventually open up the discourse on critical contemporary modes of reflection about digital art, that are ongoing elsewhere, and expand this to a local Tasmanian context. It extends my interest in performance tools and emergent art forms and most importantly in my interest in the more timely relationships between art, feminisms and technology. It is almost a culmination of the past 20 years of marveling around the planet.

I also wanted to stimulate an experiential learning model for artists, around practices with technology that doesn't serve interests of the DRM or vocational creative industry worker bee; and to encourage a transparent critical approach to emergent technologies in contemporary artform practice without the tiresome ‘technical bravado’ that comes with it. 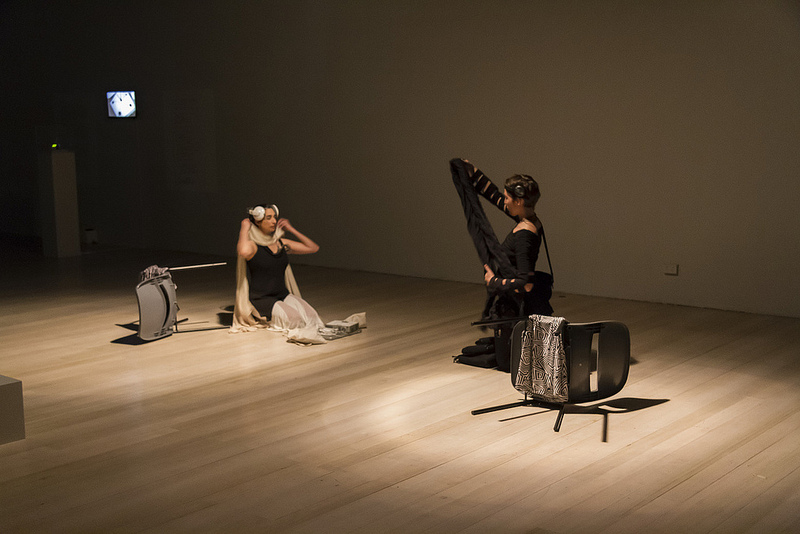 Mainstream art discourse still lives off the revenues of Rogier Van Der Weyden (17C portraiture), a ‘fear’ of technology or simply a non-reflective consumer approach that is often infuriating. At the same time mainstream hacker culture is still overpopulated by a traditional (male | teleological) approach – I wanted to both navigate this field from the inside and create a new perspective with a speculative approach by inviting the best of those people who know how to do that. A sense of humour is also a key attribute.

I’ve invited participants on the basis that they really know their stuff, they proliferate a radical and emancipatory approach in a sustained manner, far beyond tokenistic stance in their actions, artwork interventions and/or in their writings.  Their theory and their practice stand side by side. They contribute to projects that are changing the world today as we know it.

.dpi: How do events like NAF :TMFC help us navigate the networked realm?

M-F: NAF:TMFC both explores networked potentiality and uncovers the basics of what ‘network’ actually means and how it works in regard to solid technical knowledge; development tools and best practices, identity management for the open internet, how to look up the ip address of an ADSL line of your best friend and adding ip address restrictions for the data traffic, or setting up a ssh server in a VPS and share that with your local community. NAF:TMFC will unpack the myths of The and the implications of being a User of the networked realm of the Internet.

Discussions about the serious drawbacks of how are we as individuals are compromised, if lacking reflection, when using particular tools that serve the needs of multi-national corporations. Once local participants were enlightened about this perspective they began to ask questions about how they are (or why they are not) concerned about their data being manipulated or sniffed. Further, the theoretical presentations, and the art works show a more complex perspective on how we may come to learn why this might be limiting. After a while, when a more simplified version of you is being sold back to yourself via commodity culture you might see that your privacy matters.

The NAF:TMFC questions the contradiction of huge unsolved problems and promises, unexplored alternatives, and also interrogates metaphors people commonly use when one talks about the Internet. And at the same time allows people to imagine ‘networked potentiality’ where not only people conduct social, technical and cultural modes of exchange but also other ways of engaging with the world are brought about via theory practice and hands on applied knowledge all often at the same time.

.dpi: What is Miss Despoinas, the collective behind NAF:TFMC, and what inspired its development?

M-F: Miss Despoina's Critical Engineering Space is a Temporary Autonomous Zone [TAZ], home-brewed in Hobart circa '08 (Tasmania, Australia). Initiated by myself, the non-profit initiative focuses particularly on aspects of enabling the 'uninitiated' into the free software culture, from an experiential and collaborative, feminist perspective. it advocates for an enabling, expansive and anti-identitarian feminist politics. In running our own technical infrastructure, Miss Despoinas offers virtual and physical access opportunities for activists, artists and cultural producers. One of the main objectives of miss-hack.org is to implement the ideas of a 'free society', in a daily practice of cultural and artistic production dealing with a holistic approach to technology, and to develop a network of transparency.

By removing the strict barrier between software users and developers, software becomes very open to completely wild configurations. It can be much more tailor-made, much more specifically deployed, installed and configured than most proprietary software. You don't have to be a hardcore developer or programmer to build a custom application with free software.

Miss Despoinas produces & organises performances, talks, workshops, events, and meetings across Australia and *beyond* for like-minded individuals to share and exchange ideas and let loose their creative inner daemons.

M-F: Knowing that there is an ephemeral Mothership for likeminded comrades and kindred spirits and the experience of people from the Northern Hemisphere experiencing the wilderness and magical of Tasmania. 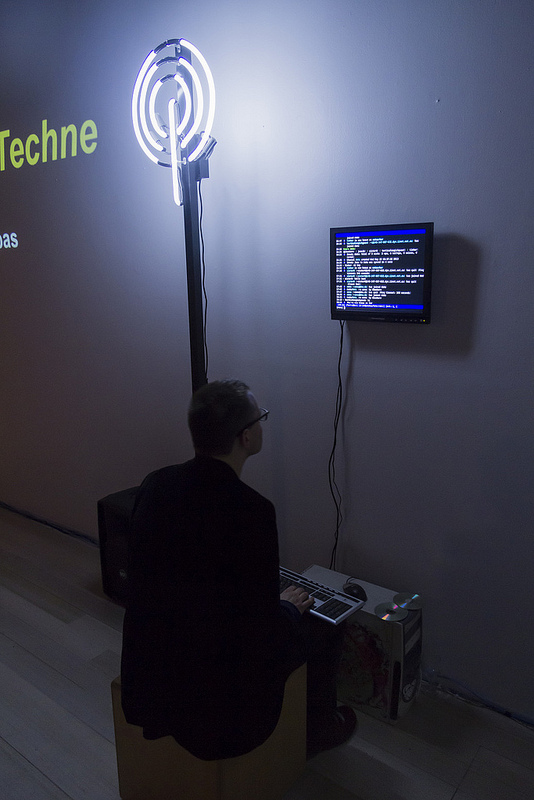 .dpi: What do you see as the most profound effects of a networked society on art forms?

M-F: A (new) sense of belonging, beyond ‘old family mafia-caste law’; a possible end of Nationality and Nation-state sense of self. Instead, networked society is connected by a nexus of ethics, discussion, ‘handles,’ desires and common kinship #tag destinies. Although obviously this isn’t reflected in border control when you are limited to your passport via security, this is a start because people’s sense of self becomes expanded. Artists are willingly (and unwillingly) exploring non-contiguous states, different selves, times & spaces but in steadfast manner sustained over periods of time long distance might not matter. These days we can remain in close contact with those in remote communities, people who are unable to physically be present or choose to have synthetic interactions, and are able to have access to an invigorated conversation and event -  previously limited.