“Where have all the interesting women gone?” 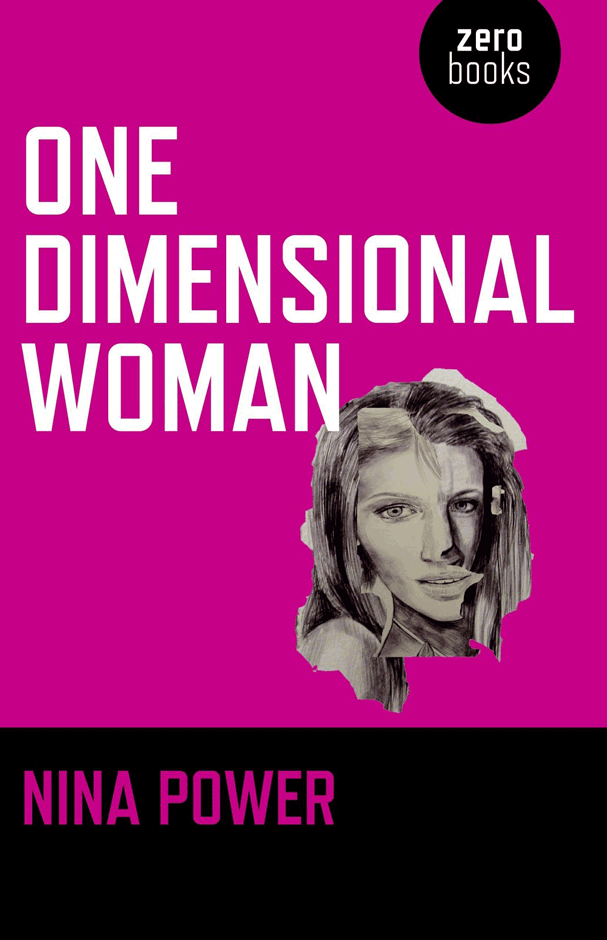 by the .dpi Book Club

Published in 2009, One Dimensional Woman is the first book of UK based philosopher Nina Power. The texts are based on blog posts, which were edited for the new format. With her feminist polemic, Power aims to “provide more serious material for a feminism of the future.” This audio-based review has been created collectively by the .dpi Editorial Committee. During the discussion, we followed the author’s argumentation, questioned the examples she chose to confirm her point of view, and tried to evaluate the book’s relevance for current discussions around the term “feminism,” including .dpi’s mandate.

Nina Power’s starting point in One Dimensional Woman is the observation that “the political imagination of contemporary feminism is at a standstill” (p. 69). With a harsh critique on fellow contemporary feminist authors, particularly Jessica Valenti, Nina Power calls for a radical feminism that is notably inclusive and thus opposed to recent feminist tendencies, which are -- according to Power -- taken in by consumerism and imperialism. Power’s critique is built up on short surveys of women’s current representation in the fields of work, sexuality and pop culture. The dense but readable text -- written in a pamphlet style -- unfolds as a committed call for a new feminism, or at least for a new definition and terminology in differentiation to the “misusage” of the term “feminism” today.

The .dpi Book Club chose this book as a starting point to initiate a discussion about the positioning and situation of today’s feminists. As a platform, .dpi aims to explore and address the plurality of contemporary feminisms in order to allow a broader view on diverse opinions and a better understanding of ongoing occurrences in feminist movements. 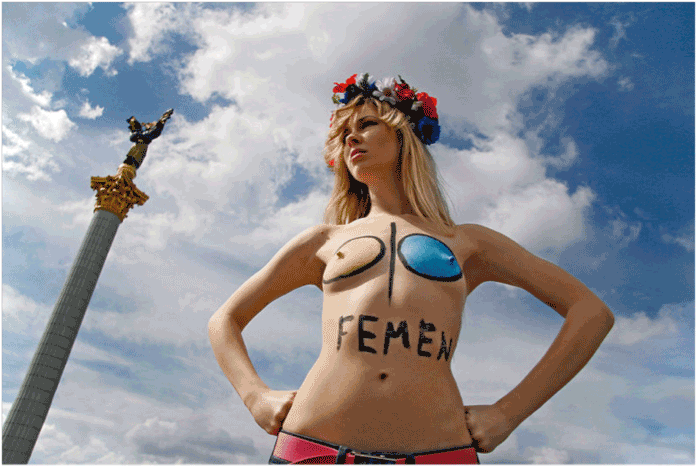 In this context, Power’s thesis raised a discussion about the feminist protest group Femen.

Femen’s recent actions in support of Tunisian activist Amina Tyler inspired many followers and much solidarity around the globe, as well as critiques. Already much has been said and written about Femen and we will not claim to add significantly to the debate here but, four years after the publication of the book, how does the figure of the One Dimensional Woman help us read Femen? The One Dimensional Woman helps us train a critical eye with regards to anything that gets branded “feminism” today. If war-mongering Sarah Palin calls herself a feminist, then a group of predominantly white women -- of a specific normative body type -- can also do the same. In the context of right-wing and neoliberal actors increasingly adopting the tactics of social movements (e.g. protests, occupations, etc.), it is not surprising that capitalist and neo-colonial feminism (what Power refers to as “chocolate feminism”) is also co-opting the idea of “radicality” and “activism,” turning it into another spectacle to consume. However, whether one is pro or anti Femen (or neither), one constructive lesson is that their existence is telling of the extent to which capitalism and neo-colonialism have penetrated feminism. Needless to say, this should be of great concern.

“Incidentally, for the disproportionate fear that the statistically and historically minimal group of women who were both angry and had hairy legs have inculcated both in their detractors and in their wannabe-successors, we should salute them as often as possible.” (p. 30)

“For all its glee and excitement, the self-congratulatory feminism that celebrates individual identity above all else is a one-dimensional feminism.” (p. 69)

“If feminism takes this opportunity to shake off its current imperialist and consumerist sheen it could once again place its vital transformative political demands centre-stage, and shuffle off its current one-dimensionality for good.” (p. 69)